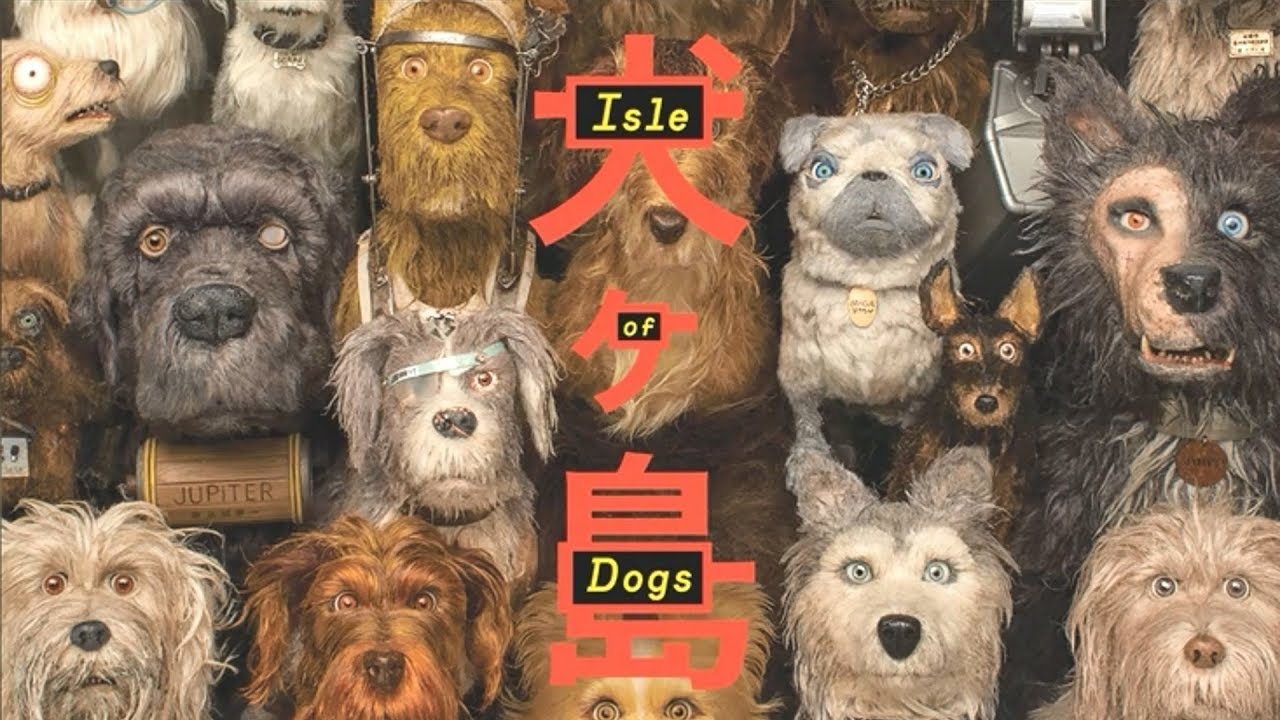 Isle of Dogs | The reviews

Four years after Grand Budapest Hotel, Wes Anderson brings us back to the dark cinema halls with his second animation movie, in a dialectic dialogue with his first unforgiven (and unforgettable) animation jewel, Fantastic Mr Fox. The animal world and the realm of men are contraposed in a triumph of symmetries, symbols, cyber punk architectures which perfectly suit Anderson’s (blessed) maniacal aesthetics.
Asinovola hopes to offer you some new perspectives thanks to Margherita Fontana, Carlotta Magistris and Elena Saltarelli!

Isle of Dogs – as seen by Margherita Fontana

Isle of Dogs by Wes Anderson is certainly not a kid’s movie, but a sophisticated and ironic distopia. With his second animated feature, the Texan director tells us the violence, hidden in plain sight in every aspect of our society, from politicians’ power speeches to the preparation of sushi (seeing is believing). In the dystopian future imagined by Anderson, the civilized Japan is governed by a dictatorship which controls the masses through the manipulation of scientific truth and which has confined all the dogs, former man’s best friends, on Trash Island, a floating dump. However, right were only chaos and the law of the strongest are supposed to rule, we witness the birth of an alternative order, imperfect but democratic. A sentimental plot is then intertwined with the political one, a reflection upon what it means to be stray or domestic: to have a “master” doesn’t imply a simplistic submission, but to have a home. Chief, the leader of the dog gang, is a stray as much as the little pilot Atari: he is indeed an orphan, left alone and grown up in a society which wants him to be insensible to emotional ties. Wes Anderson tells us this story with his usual fantasy and irony, through a happy formulation of his visual style: synthetic geometry, symmetry and a symbolic use of colour. Furthermore the soundtrack is simply irresistible: a continuous flux of percussions which gives rhythm to the protagonists journey.

Isle of Dogs – as seen by Carlotta Magistris

Watching Wes Anderson’s last movie, in 2018, guarantees you a peculiar directorial and aesthetic work and an unmistakable emotional level, naive and bitter-sweet, that stays the same from movie to movie. Eight years later after his first stop-motion movie, the American director at his ninth film comes back to animation with a work that fully retraces his approach as director and maybe, with a new and evident postmodernism, the usual perfect soundtrack and a smart and gentle social reflection raises the bar giving us also something more. The story, settled in Japan in a sort of dystopic future, follows the classical pattern of a tyrannical powerful society which, thanks to a widespread terror-strategy, ghettoizes a minority attempting to fight back its place in this world. With talking dogs and human people speaking an incomprehensible Japanese, special adolescents, cute and bittersweet love stories, Wes Anderson sugars the pill with a new and greater narrative thickness, in an aesthetic frame even more impactful for a film which seems to bring the Andersonian poetic, in its sweetness which is never trivial, to find its most powerful expression in animation.

Isle of Dogs – as seen by Elena Saltarelli

The last work of that dandy genius of Wes Anderson has a name, Isle of Dogs, an animation movie entirely made in stop motion.
The solutions adopted by Anderson for this film are extraordinarily innovative, raw, funny and, at the same time, melancholic; they shape a work whose signature style reaches heights so high to make the film a ballad, whose counterweight reveals itself into the politic metaphor that underlies all the storytelling.
A politic ballad, then, in which the key elements are the rhythm, the language and the image.
The rhythm is defined by the absolute ability of the movie to match sound and editing, made with the visual definition of a painting, and with the dynamic coordination of a dialog between fullness and emptiness, that gives back a dynamic work that catches the attention of the viewer.
The solution adopted for the language is, in my opinion, the real keystone: humans talk in Japanese, not subbed neither translated, sketchy and incomprehensible, made comprehensible thanks to simultaneous translations and dogs’ interpretations; the linguistic gap that divides the human world from the dogs one, which understand the words “cookie” and “sit” only, is translated into the people’s missed effort to understand those who express themselves in a different way.
The imagery catches and mixes the traditional Japanese paintings (as Shoko Okumura) with the hyper-technologic subculture of the cyberpunk manga, returning an action not placed temporarily.
To conclude, I find the last effort of Moonrise Kingdom’s director necessary, into the hic et nunc of our time. 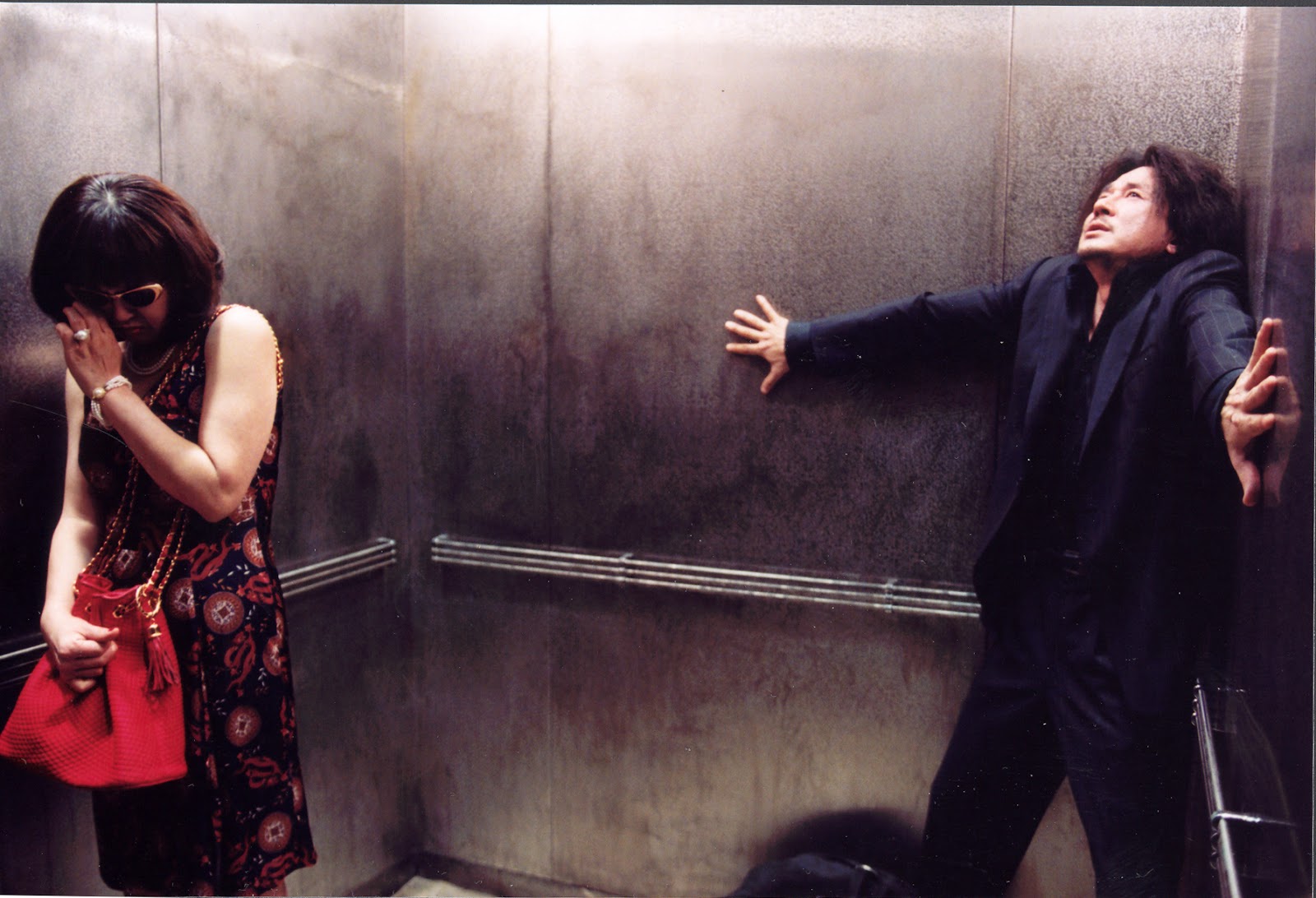