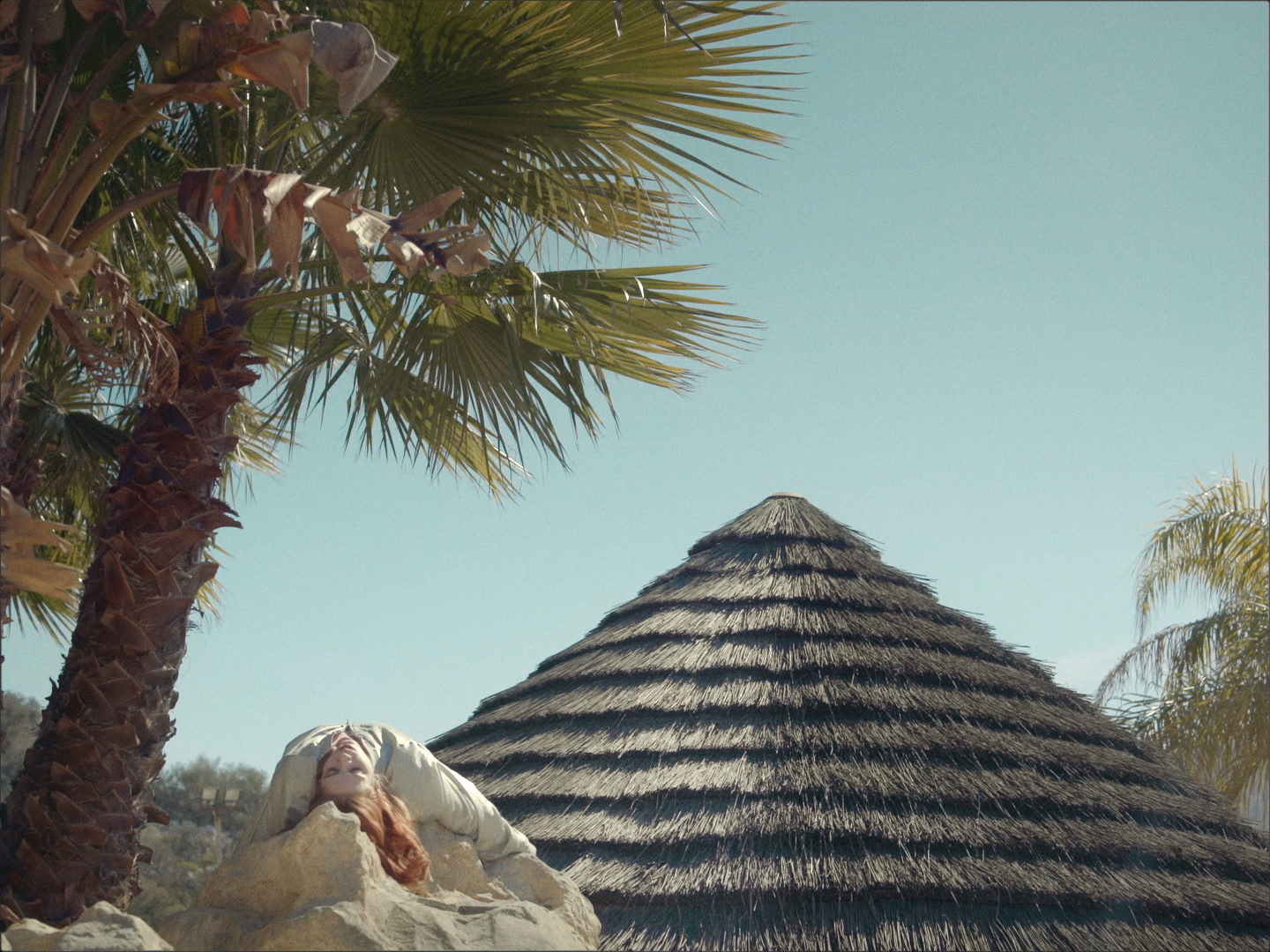 By concortoblog 20 August 2017 No Comments

What’s on today? Yesterday we (almost) skipped rain and today we look forward to a full week of short movies, music and art!
We begin at 6pm with the afternoon screenings in Palazzo Ghizzoni Nasalli’s beautiful greenhouse (vicolo Serafini 12); protagonists will be the 9 awarded shorts of the Transparency International competition “Imagine a world win no corruption”, intense film shot by young cinéphiles from Hungary, Slovenia and Italy.
We will then move to Parco Raggio (Pontenure) for the evening screenings, beginning with two shorts from the BORDERS competition: La temptation de la fortesse by Martina Magri and Do Not Come to Europe by Lundberg Minna, Pousette Hanna & Joneström Pontus, here you can find the reviews.
Back to the main competition, we have the Canadian Sigismond Sans Images by Albéric Aurtenèche, a well-done metaphor on the relationship between identity and image; we will then move to Poland with The Kid by Paweł Podolski, an intense tale of a brief relationship between a young man and the daughter of a strip-teaser. Experimental digression for Elle, la maison et le chat by Sofia Géldrez who’s here with us and will be interviewed live on stage (here the review of the short).
The evening screenings will end with Whoever Was Using This Bed by Andrew Kotatko, inspired by Raymond Carver’s short story; Pouvez-vous boitier? by Petra Szocs, which focuses on the painful and exhausting process of grief elaboration and Copa-Loca by Christos Massalas, an ironic metaphor of Greek economic crisis set in an abandoned amusement park.
For those of you who like to experiment, at 11.30pm in the greenhouse we will screen some shorts of the UBIK session (here the reviews), while all you dancing-lovers will rejoice in the wood thanks to Gigi Proiettile and his Orchestra.
Last but not least, the interview (Italian Only) with director and artist David Krippendorff (member of the jury of Concorto 2017) and the reviews of the shorts in competition! 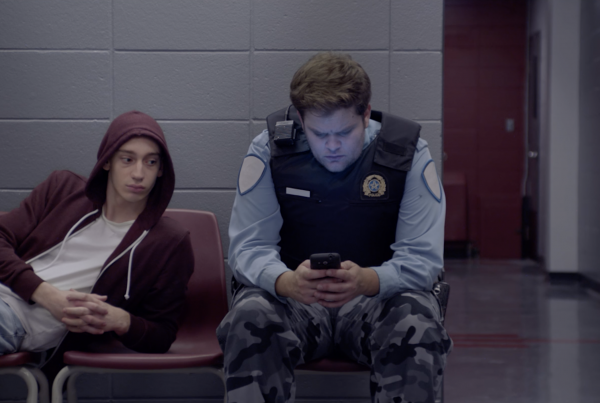 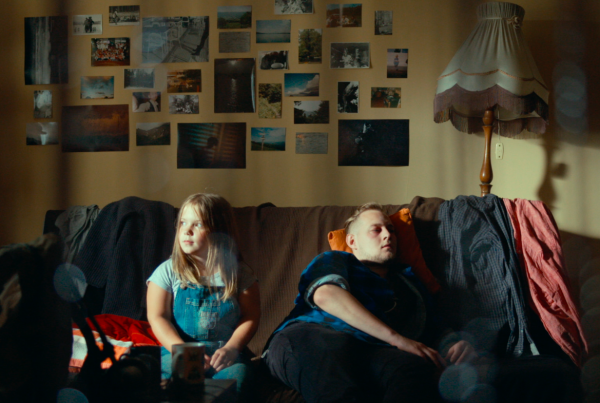 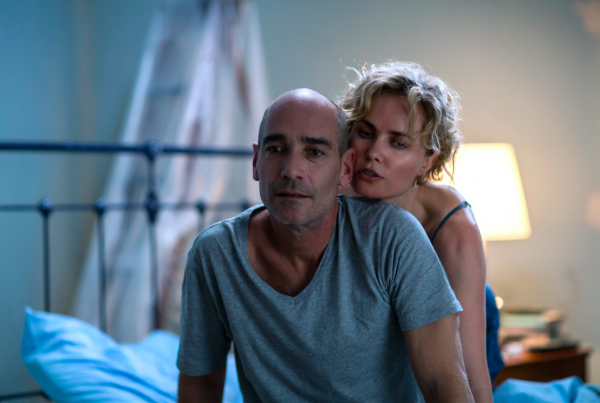 Whoever was using this bed 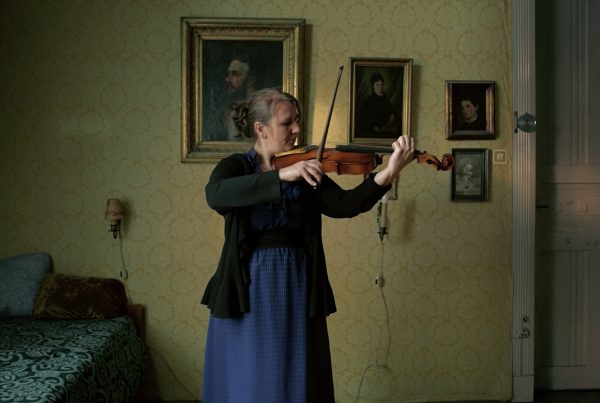 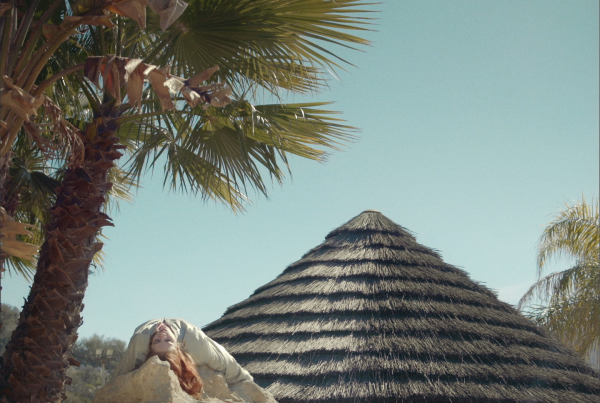 Young Sigismond Langlois is forced to undertake a psychiatric evaluation because of his violent behaviour. During the dialogue with the psychoanalyst, Freud’s personification, a puzzling reality emerges: there is no device, be it a mirror or a smartphone camera, that can capture his
image. The short film describes with an ironical and surreal vocabulary the generational gap: the same adults who condemn youngers’ narcissism are absorbed by their smartphone screens. This is the reason why Sigimond doesn’t look at Narcissus, in love with his own image, to build his
identity, but instead he refers to the nymph Echo, destined to repeat what others say, losing herself in the flux of reality. In the background, a political consideration: the mechanism of old political representation
remains deaf to the statement of flesh-and- blood existence.

International première at Concorto 2017, The Kid in a soft and ironic way tells a quite complicated story about a guy still very attached to his youth – he wears his favourite hardcore band’s t-shirt and keeps in his wallet as a relic an autographed ticket of the same band – who is worried about an oncoming paternity and who finds himself in a pickle. He suddenly has to take care of Ula, the daughter of a stripteaser, who moves to his house right out of the blue. Podolski excellently portrays the man’s attempts to establish a connection and, on the other hand, the childish attachment of a girl grown up without a paternal presence, all wrapped up in a happy end with no plot twists but pleasant in his simplicity that leaves to the viewer a bittersweet and tender aftertaste.

Whoever was using this bed – Andrew Kotatko
seen by Elena Saltarelli

In this 21-minutes-long short film, inspired by a Carver’s novel, we see the life of a young couple radically change after a woman’s phone call in the middle of the night, inside their brand new home. Both their deepest fears crop up, preventing them from sleeping. Their thoughts became obsessive, imprisoning the couple’s mind and sublimating the object – the phone – as a vehicle of their anxiety, was latent until then. A drama unfolding in normal lives, in the folds of an increasingly tired routine. A drama unsustainably slight and addressed to the internal, that questions what is the little flame that lights up the fire of human thought.

Pouvez-vous boitier?, third short film directed by the young Romanian film director, investigates the rough and painful land of grief elaboration. The atmosphere, recalled by a succession of static shots and a strong music component (diegetic and extradiegetic), acquires an elegiac and lyric tone. The bet is succeeding in evoking the pain through the stillness and a few, sharp actions. The “thin red line” gets more and more blurred and evanescent, a line that separates reality from stage fiction and the physiological suffering from the stubborn refusal to accept death.

For quite a while now, modern Greek cinema has been full to the gills with films tackling the country’s severe economic crisis and its repercussions on its people. The vast majority of these films, however, lack the refreshingly symbolic irony of Copa-Loca. Christos Massalas does not directly point a finger at the crisis but rather alludes to it, by introducing the symbolic microcosm of Copa Loca — an abandoned summer resort. At the heart of this outlandish non-place, we find Paulina, a young girl who takes it upon herself to take care of the people stranded there, either carnally or by keeping them entertained with her bizarre “would you rather” questions. The mood of the film is masterfully set by the enigmatic and nihilistic voice-over narration, which reflects Massalas’ view on the Greek crisis: an entire country transformed into an abandoned summer resort for tourists.

Tackling a theme as complex and mindboggling like as that of the Einstein-Rosen wormhole theory, is surely no easy task. Olga Rosorio, however, makes this task hilariously entertaining. Her film’s protagonist is a young boy named Teo, who tries to convince his brother, Óscar, that he found an active wormhole. The scientific dispute between the young brothers gives an endearingly comical tone to the film that is maintained even after 3 decades, when the protagonists – by now fully-grown adults – continue their juvenile skirmishes.

The events we experience in A Gentle Night are anything but gentle: set in a Chinese nameless urban context and inspired by local crime news, the short movie shows indeed a woman desperately searching for her 13-year-old daughter, run away from home during New Year’s Eve. Winner of Short Film Palme d’Or at Cannes Festival in 2017, the work by Qiu Yang, a young Chinese director who studied in Australia, brings on the screen subjects poorly represented in the official culture of his home country: women, mothers and daughters. In spite of the realistic visual language with political overtones, the actuality of what has happened fades in the mother’s emotional state, whose central role in the film is progressively affirmed. In front of the gestures of denial and indifference, maybe only the night is gentle, attending woman’s whispers.

Defined by their own directors a comédie érotico-acostique, it mixes the abundance of details, a significant sound effect, allusive and puns-filled dialogues with the naive and light-hearted characters so dear to the French comedy. We do not see very much, but we can imagine everything easily. 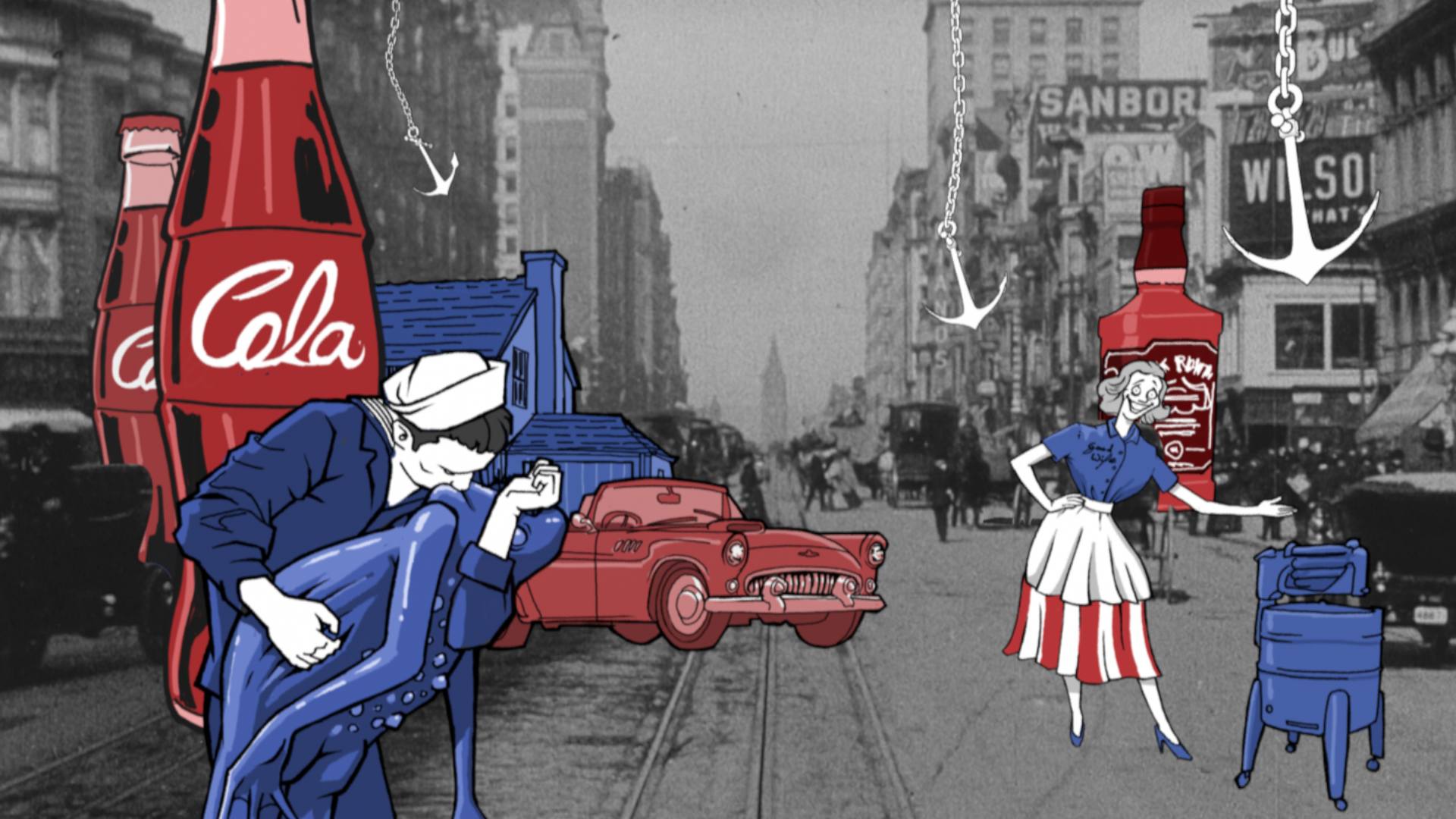