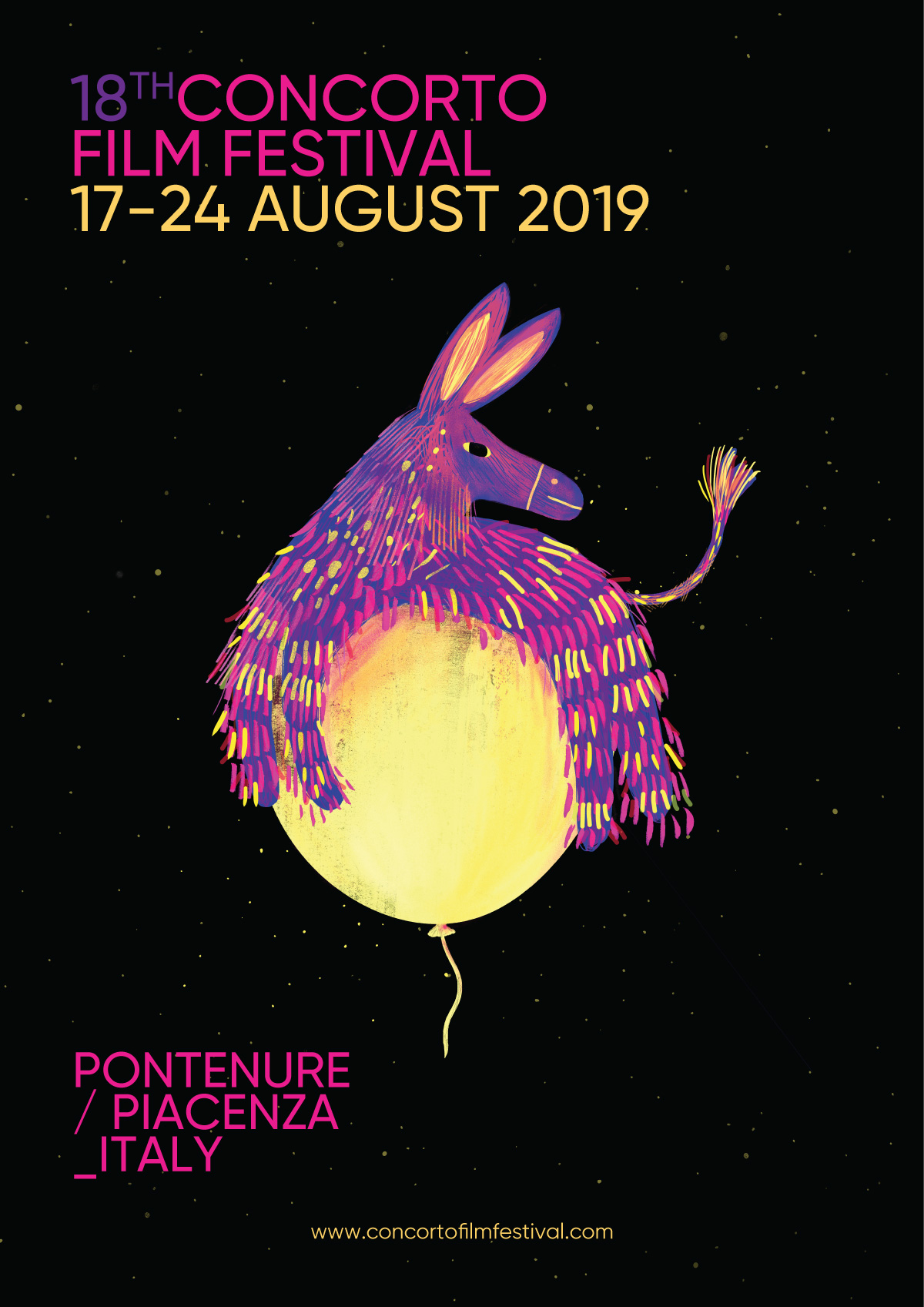 By concortoblog 24 August 2019 No Comments

Last day of this shining Concorto 2019, made by films, music, night blitzes, tortelli at midnight and trips to the Trebbia river. Easy to be sad, but we won’t be, at least not yet. Let’s talk about about today’s appointments.

At 18 do not miss the DOCMA presentation, made by the guys of Tomás Sheridan’s “Audiovisiva” workshop. See you at the greenhouse in Palazzo Ghizzoni! At 21 at the Arena Daturi in PIacenza, do not miss the final awards ceremony (the Public Award, the Young jury award, the Official Jury Award and the Golden Donkey) and a wild after-festival.

But now, as tradition, our Golden Donkeys given by our newsroom! 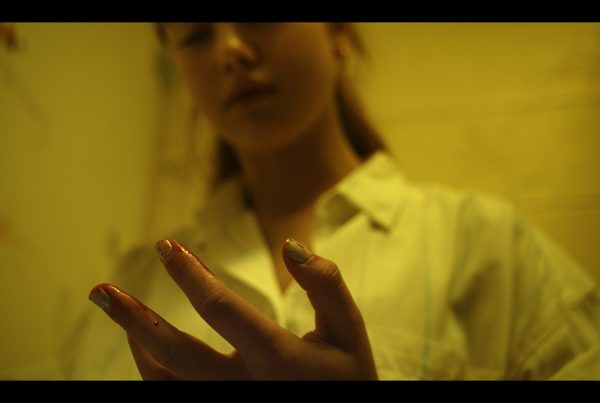 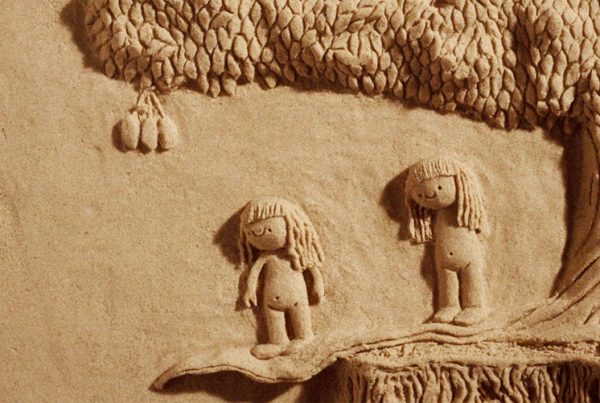 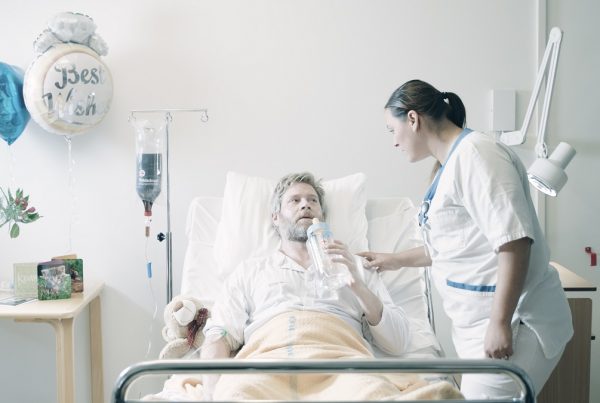 How it feels to be hungover 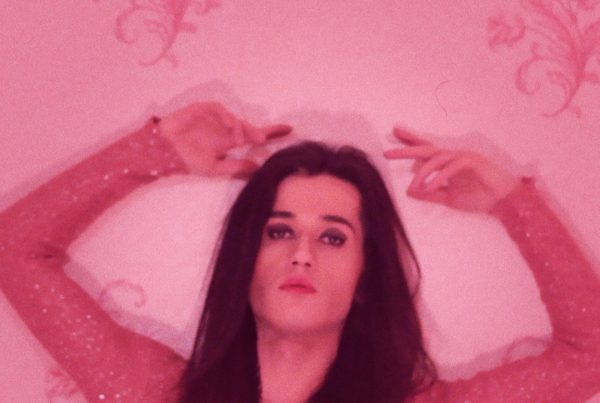 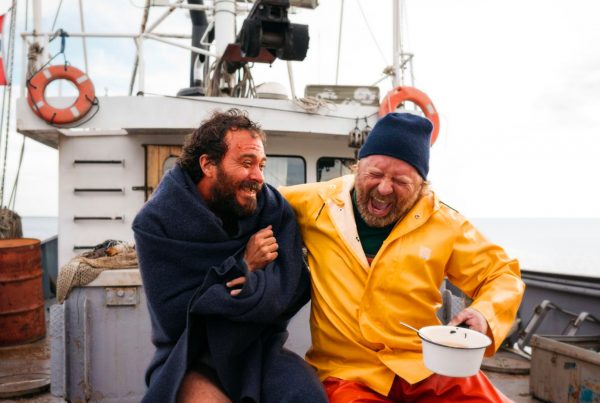 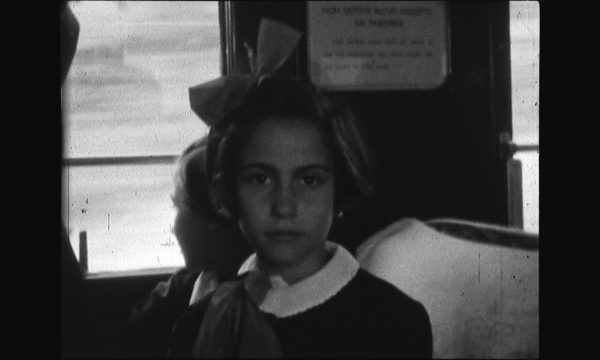 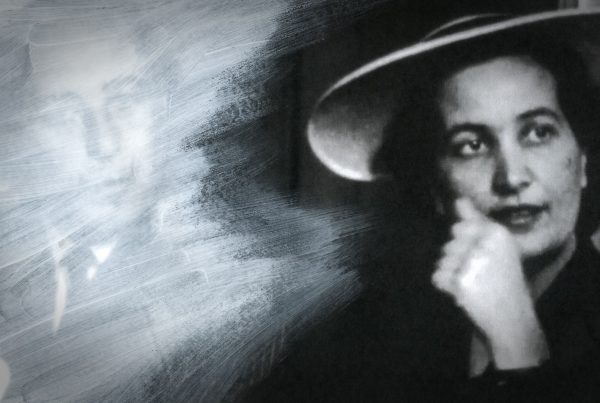 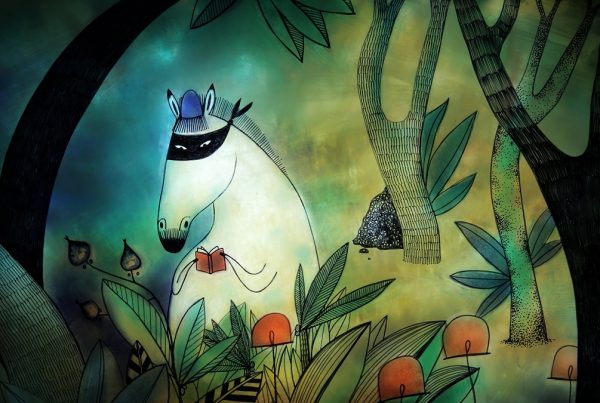 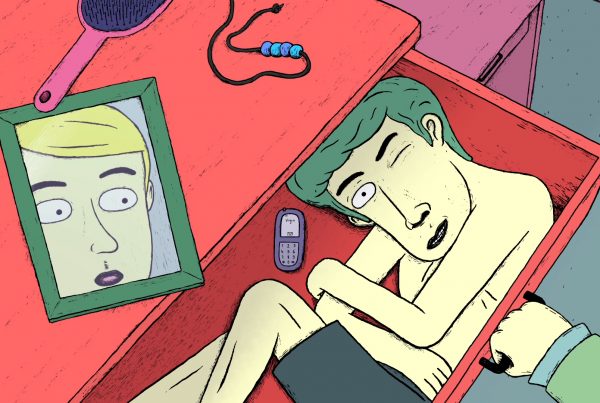 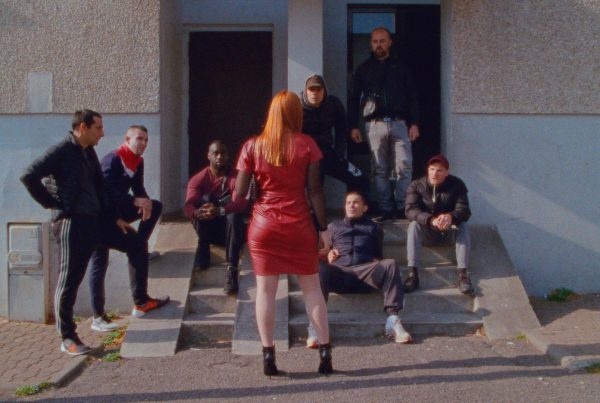 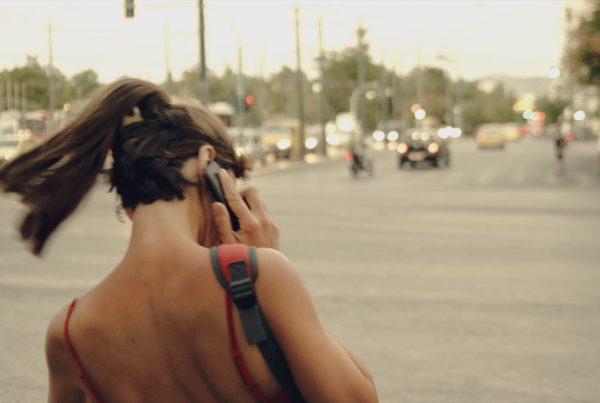 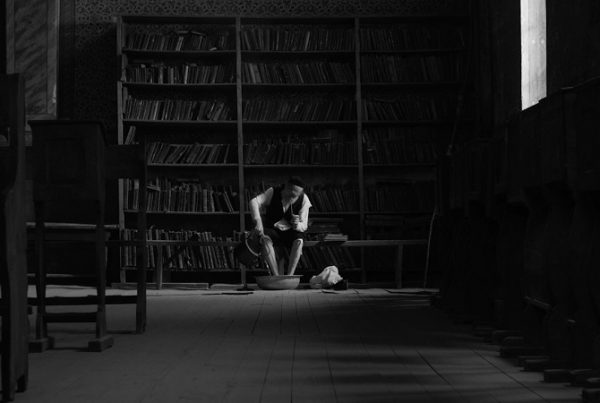 My Asinello d’Oro (Golden Donkey) goes to Prisoner of Society by Rati Tsiteladze, because it was able to deal with the sorrows of a family with dignity and empathy, thanks to the creation of a space in which characters can dialogue, and spectators can discuss. Thanks to the debate created by the short film, there is now a new ending for Adelina, who is now free to live her own identity in Wien.

Since comedies run low among the films in competition, as usual,  my personal Asinello d’Oro (Golden Donkey) goes to How It Feels To Be Hungover, by Viktor Hertz.  A surreal short, but “very real” for the description of a so well known feeling to Concorto people and everybody else. A little masterpiece that has not been unnoticed. I would like to give a special mention to Romanna Lobach for her vigorous performance in Ariane Labed’s Olla (especially for the unbridled dance in front of the old mother in a vegetative state of her flaccid French partner).

Predictable as it may sound, I couldn’t help but awarding my Asinello d’Oro to my compatriot Thanasis Neofotistos.
For almost a decade now, greek cinematography has been somewhat sunk under the tsunami of the “Greek Weird Wave” – almost to the point of total stylistic conformity.
Enter Leoforos Patision, a film that subverts the genre with a barnstorming, one-woman show that unravels throughout a demanding sequence shot, across the tumultuous Athenian streets.
Neofotistos alludes to Greece’s asphyxiating sociopolitical landscape while maintaining an anthropocentric focus. His film is candidly dedicated to his mother, hinting on his intimate sensibility and gratitude for the sacrifices that a woman is compelled to make in modern society.

Nara Normande’s Guaxuma was a film I personally insisted on having in our official selection this year; not solely thanks to its utterly unique animation style but also for the bittersweet, nostalgic message it conveys.
The hauntingly beautiful humming of The Flaming Lips’ song, “Do you realize” kept reverberating in my head throughout this summer and, much like the director, I tried to learn to “keep a bit of the sea within me” as winter slowly approaches.

My Asinello d’Oro goes to Olla, Ariane Labed’s debut short film, for her ability to tell in an effective way, with a marked and vaguely dystopian style, a social reality that is instead extremely real, aestheticizing its darkest aspect but without taking away the depth of her personal drama. Also her ability to draw a female figure that combines a condition of social subordination with a personal emancipation emphasized at the right point, deserves my award.

My Asinello d’Oro (Golden Donkey) goes to The Boogeywoman, because it is the film I would have seen when I was 13. I think there is no better way to tell the first menstrual cycle and to give justice to the female power than a dark story. I give my Special mention to “Je sors acheter des cigarettes”, for the uniqueness with which he managed to tell an absence, that is to say through his omnipresence. Finally, Gli anni (The Years), more than a mention, I would thank you to the director for creating a timeless story, bringing back to life archive images that otherwise would have seen seen the light, a really close theme to my heart.

This year, unfortunately, for reasons of major force I had to get off the colored carriage and therefore I watched only a limited number of shorts.

In any case, this year, the advent of the Asinello d’Oro (Golden Donkey) for me means a lot, because I can express, free from previous consultations and the classic hangover of visions, my total appreciation for a work that I found moving and masterfully made. I’m talking about Memorie di Alba, an Italian short film directed by Andrea Martignoni and Maria Steinmetz. The absolute precision of the production goes perfectly with a solid narration, full of meaning; these are all elements that it is not easy to find combined in a single work, even if this year the selection by Concorto has proven to be of an excellent level. Moreover, I understand how my choice can be defined as “I’m biased”, but I cannot resist the short film that combines the theme of memory with the historical one, using as a binding agent an emotionality that has been found to have a valuable impact on the viewer, free from any rhetoric and opinion. Telling a story to tell many more: and when the layers are so thin and not bulky, what follows is a work that, in my opinion, deserves to win.

My Asinello d’Oro (Golden Donkey) goes to Gli Anni (The years), by Sara Fgaier a film that I have seen and heard from afar, but whose words moved me and distracted me at the same time and whose archive images, both distant and close, painfully sweet, make this short film a timeless masterwork.

Since I am a Gemini, I also give two diametrically opposed special mentions: In Our Synagogue, an impressive rarefied and majestic first work, a hymn to the all-Jewish ability to tell stories and, thanks to these, to make reality more bearable, doesn’t matter how terrible it can be; Moutons, Loup et Tasse de Thé for the dreamlike and changing imaginary in which the viewer is catapulted, an exotic dream to be preserved with care in your own memory.

A dark-coloured short film that deals with an ancient theme, but in an original and modern way: Erica Scoggins with The Boogeywoman gives a new interpretation to a legend we were always used to, giving back to the female world the power it was deprived of.

This was my first year at Concorto and I must admit that participating not only as a translator, but also as a volunteer was a unique experience. Unfortunately, I could not watch every single short film, but I’m convinced that everyone has all the trumps to win. Having said that, I would like to give my Asinello d’Oro (Golden Donkey) to a short film that impressed me thanks to its nonsense and its interculturality: The Passage by Kitao Sakurai. In my opinion, the most rewarding thing is the ability of the main actor to act exclusively with his body, without saying any word. I also appreciated the choice not to subtitle it, leaving the interpretation of everything to the public. 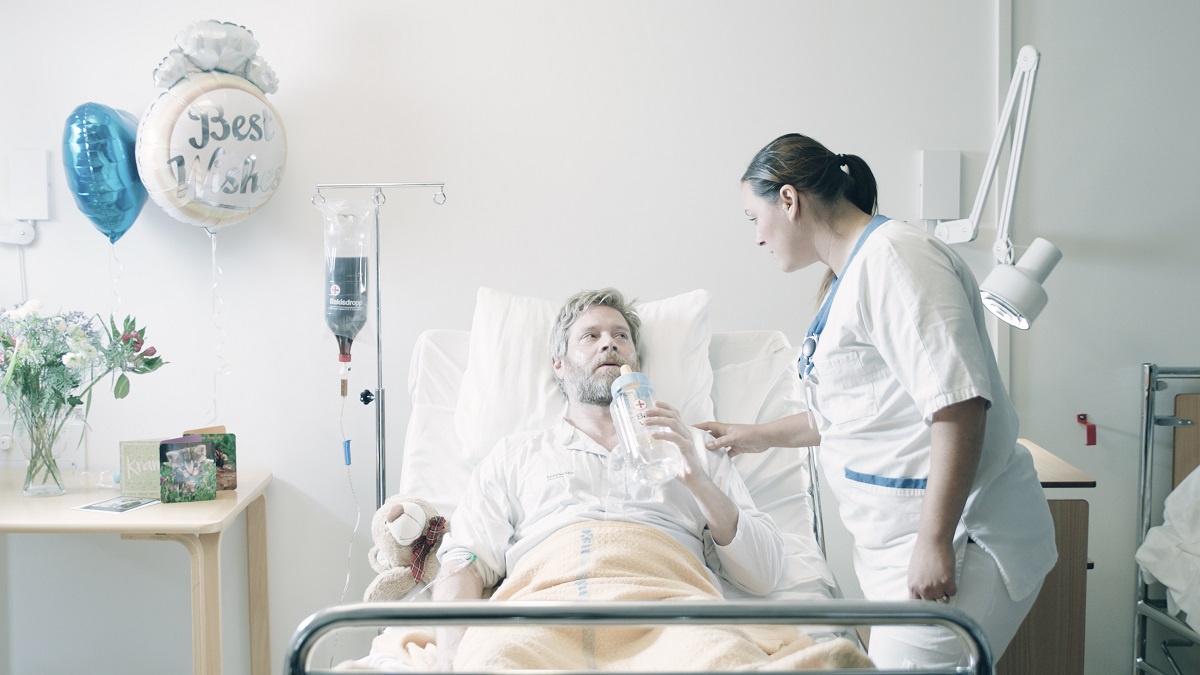