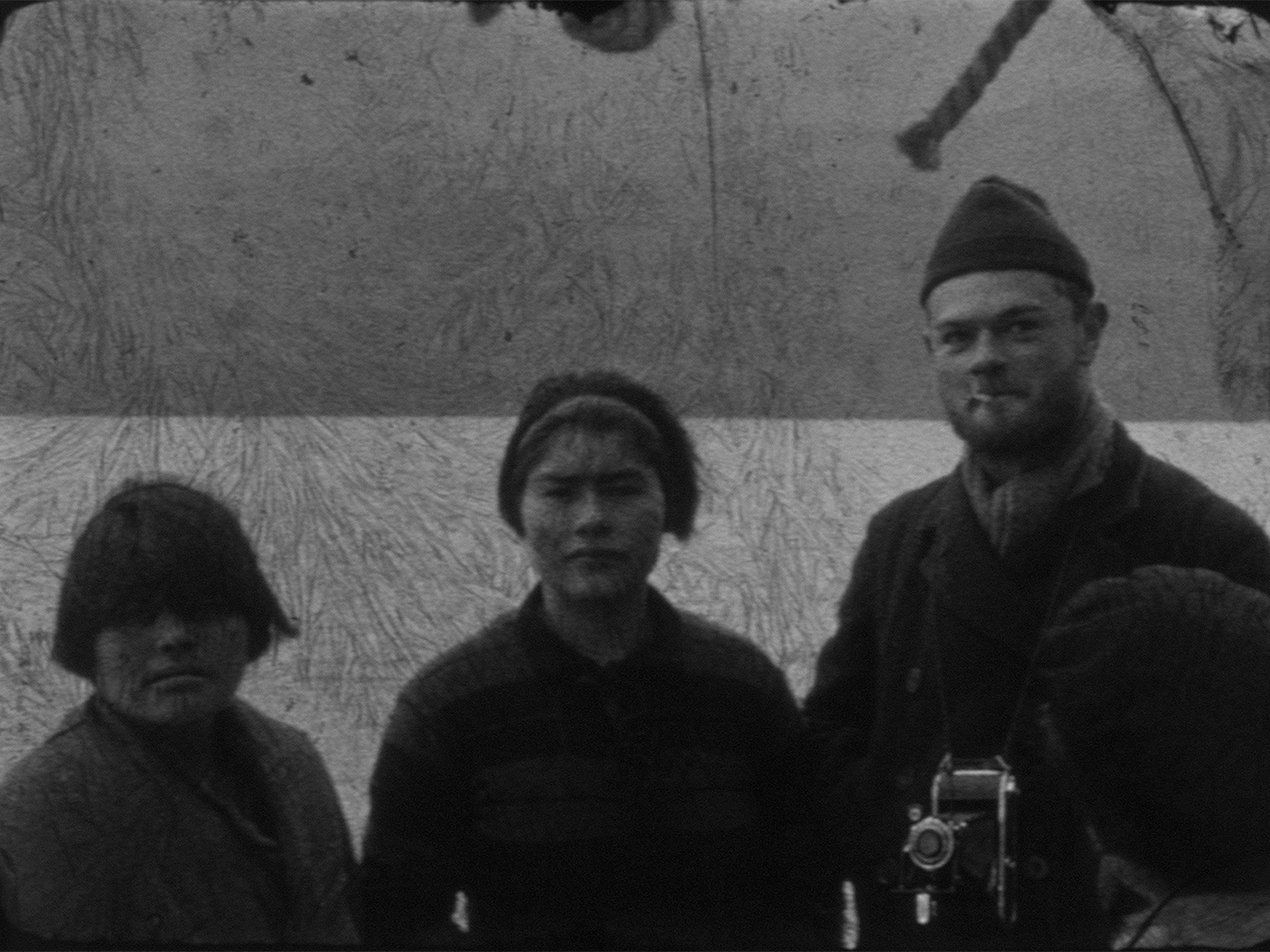 By concortoblog 18 August 2017 No Comments

The New World, land of conquest and invasions, was explored by the great navigators. Sebastiano Caboto gave that land the name Argentina, from the Latin word argentum (silver), as per the tales of great riches told by the explorers that preceded him. Later he found out the truth. Magellan must have been astonished, too, the day he sighted the South American coast. He saw “a naked man of giant stature on the shore of the port, dancing, singing and throwing dust on his head (…) he made signs with one finger raised upward, as he believed that we came from the sky. He was so tall that we only reached to his waist.” He was a big man, with such big feet that Magellan named him patagão (big feet in Portuguese). This is how Patagonia got his name.
A land of new names and new beginnings, to such extent that the Constitution, which was enacted in 1854, reports as follows: “Section 25: The Federal Government shall foster European immigration; and may not restrict, limit or burden with any tax whatsoever, the entry into the Argentine territory of foreigners who arrive for the purpose of tilling the soil, improving industries, and introducing and teaching arts and sciences.”
It is also a land of migration. For every newcomer, it is a land to explore and discover; from the green Pampas to the snow-covered mountains of Tierra del Fuego.
Focus Argentina is a deep analysis of the area and the people, the journal of a travel from north to south, on foot, by pirogue, train and boat, from Buenos Aires to Ushuaia, the farthest edge of the world. There is only one question: will you feel like aliens, strangers, in this unknown place? 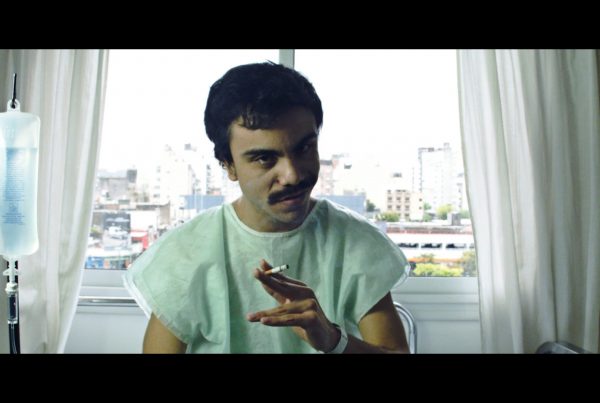 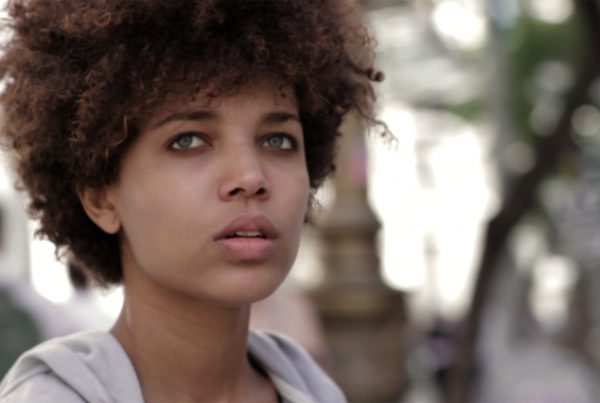 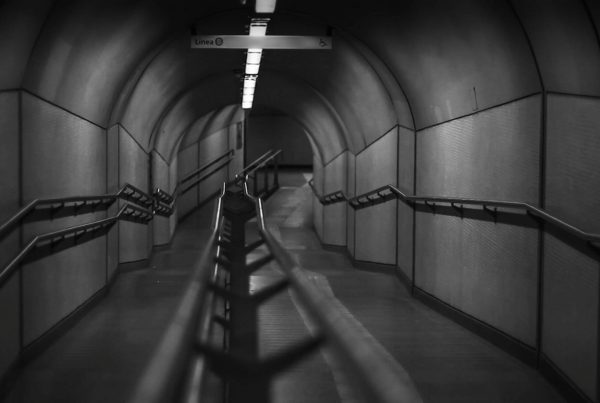 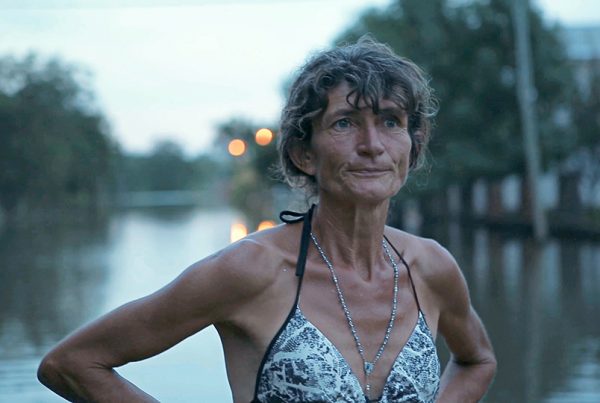 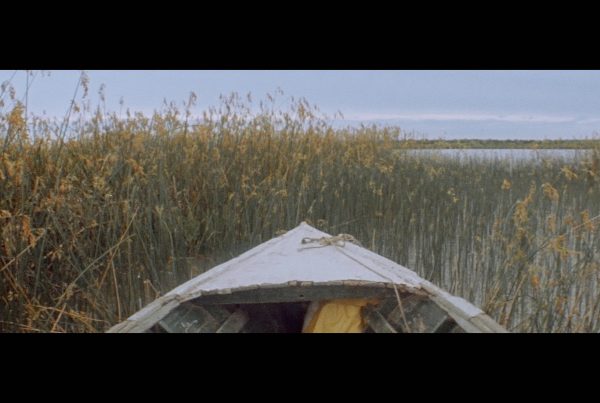 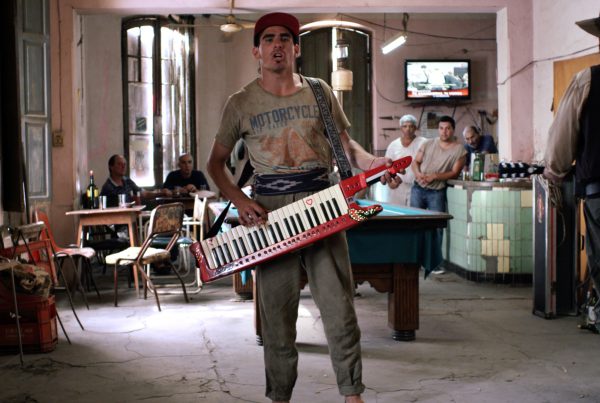 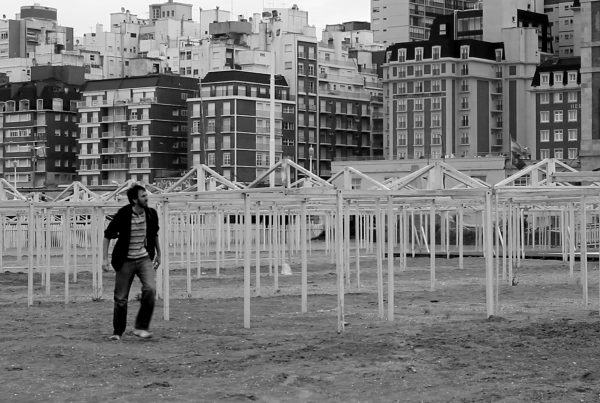 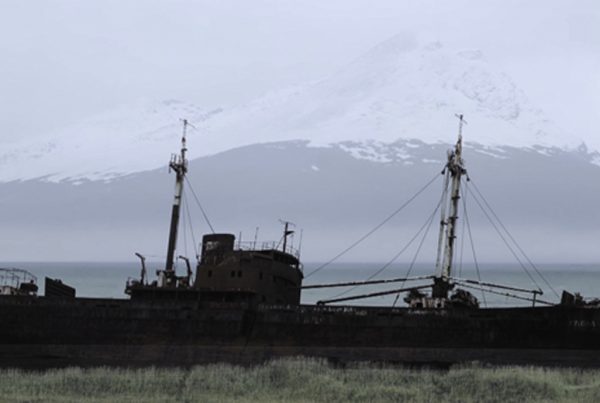 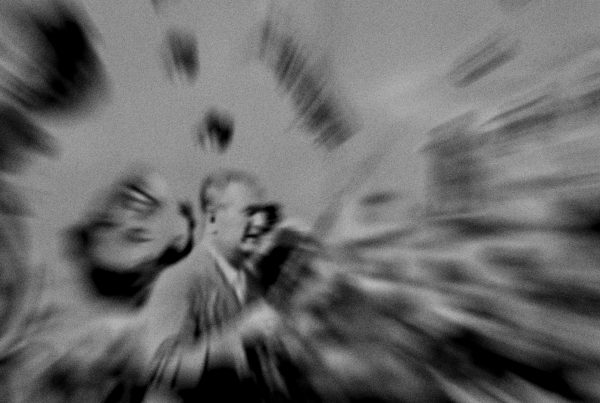 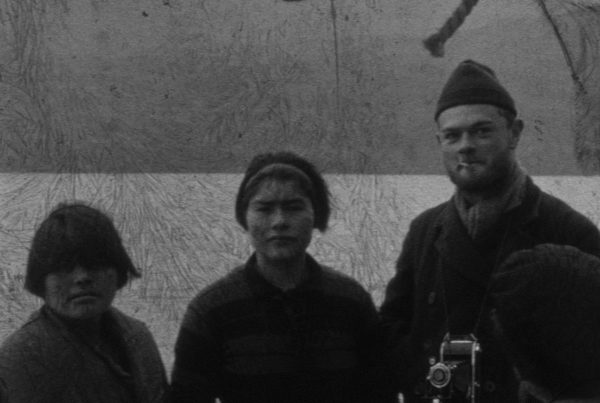 In Bustillo’s short the diverse, contradictory and breath-taking city of Buenos Aires is portrayed as a person. It follows the story of a man so passionate about the city that he flagrantly proclaims to be its very reincarnation, as he cons his way from a lowly office clerk all the way to the upper-class echelons of the bourgeoisie. He represents the nostalgically romanticised depiction of the city: he is the tango, the cobblestones, the San Telma and La Boca, the football and the slang. The short is shot in 25 locations across all four corners of the city and its enchanting and endearing original soundtrack is composed by Finisterre Tango. When asked about the film’s metaphorical nature, Bustrillo explained that he did not intend to offer answers but rather raise questions about the duplicitous identity of the city arguing that it is precisely these internal contradictions that make Buenos Aires and its protagonist so fascinatingly complex.

The revolution will not be televised; it will be twitted. Mixing fiction, tweets and user generated content, #YA portrays the young generation all over the world and its creative resistance against the era of global inequality and vigilance.
“Markets are global, so is resistance”— we are shown scenes of the riots in Madrid, Athens, Sao Paulo, NYC, Istanbul, Rome and Lisbon accompanied by tweets that focus not on the economic crisis but rather invite us to unite, resist and rise against oppression and reclaim our cities… in 140 characters or less.

The less you know about this film the better your viewing experience will be. Bruno Ciancaglini delves into the exciting new subgenre of science-fiction documentaries and skilfully demonstrates the immense transformative power of cinema. The film takes place at the Buenos Aires City Subway and it unfolds through the inquisitive eyes of a plausibly extra-terrestrial explorer named Danussi as he carries out some sort of outlandish mission in three bizarre phases. One thing is for certain, after watching Lo Sueños de la Tortuga, you will never view public transport with the same eyes again.

The short film by Ruciello and Vega describes with a dreamlike and surreal language the plight of the floods that strike the northern region of Argentina, at the border with Brazil and Paraguay. The same stunned humanity who lives in a surreal landscape, made of anthropic elements inundated by the water, is only apparently a victim of nature’s unstoppable force but it in fact it is the responsible for its own ruin.

The film by Alejandro Telémaco Tarraf shows in its visual and sound strength the journey of the junquero Géronimo along the Rio de la Plata. We are on the edge between fiction and documentary: the main character plays himself, going down the river towards his origin, the mother at the point of death. The inner valley is an authentic and pristine dimension, spiritual and visceral at the same time and it describes the relationship between indigenous population and surrounding nature.

Well received during the latest Berlinale, the short film by Nicolás Suárez takes us in the world of gauchos, Pampa’s cowboys, mythological figures as the centaurs, unified for a moment with the horse they must tame. We follow the journey of initiation of a young man who returns to his people for getting revenge on the horse which killed his brother: myth and reality are mixed in the ancestral confrontation between man and beast. The work reflects upon various form of hybridisation: as the centaur is a hybrid of man and horse, the gaucho, the Argentinian pride, is born out of a mix between horse culture, introduced by the Spaniards, and native people.

A young man is looking for his lover during the Mardelplà film festival. We follow his wandering, as we listen to to the audio of classic Nouvelle Vague film, L’année dernière à Marienbad. The short film by the duo of Argentinian directors Santiago Korovsky and Celeste Contratti is thus an ironic citation of Resnais’ masterpiece and a return to its Argentinian origins: Argentinian is indeed the author of The Invention of Morel, by which the film is inspired. This recovery operation offers a playful look upon cultural exchange between Europe and Argentina, which marked so much the country history.

Nature escapes our total control not only as a mother of the present, but also of the past, which among many things does not belong to man. Through the technique of “mapping”, on the surface of present time are shaded shades of the older Indios civilizations, which populated Chile’s “Tierra del Fuego”. “Extremos” plays precisely on these contrasts, generating a meta-narrative in which the linear sense of time is lost. The 2015 Best Documentary Award is a celebration of what has been and what still is.

It is quite difficult to understand Bariloco’s true soul. The tale is an antithetic one: sequences alternate with a contrast between vintage and special effects cartoon-like. The peculiarities of this city somewhat manage to emerge: the lake, the cable car, the hills and man’s unmistakable presence.

A cartoon on film, using a few but repetitive sequences, tells the adventures of “Henrietta”, an English boat. An aged black and white celluloid portrays the daily actions of the crew, to which a well-received Argentine component is added. The mission is clear: cross the strait. Bravely facing the threatening winds, they reach the other end of the coast, or so we are told by pictures of local life. An accomplished mission. 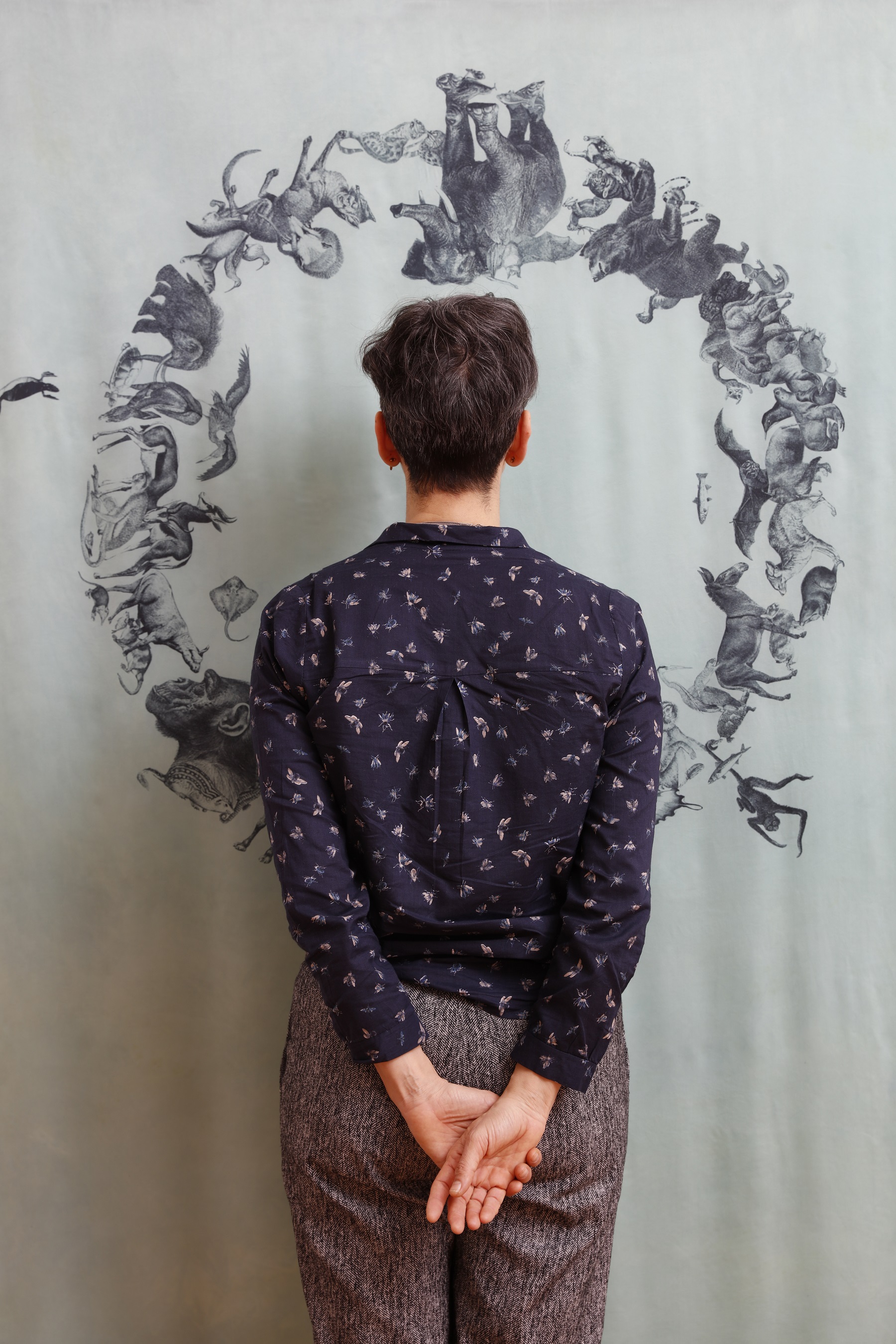