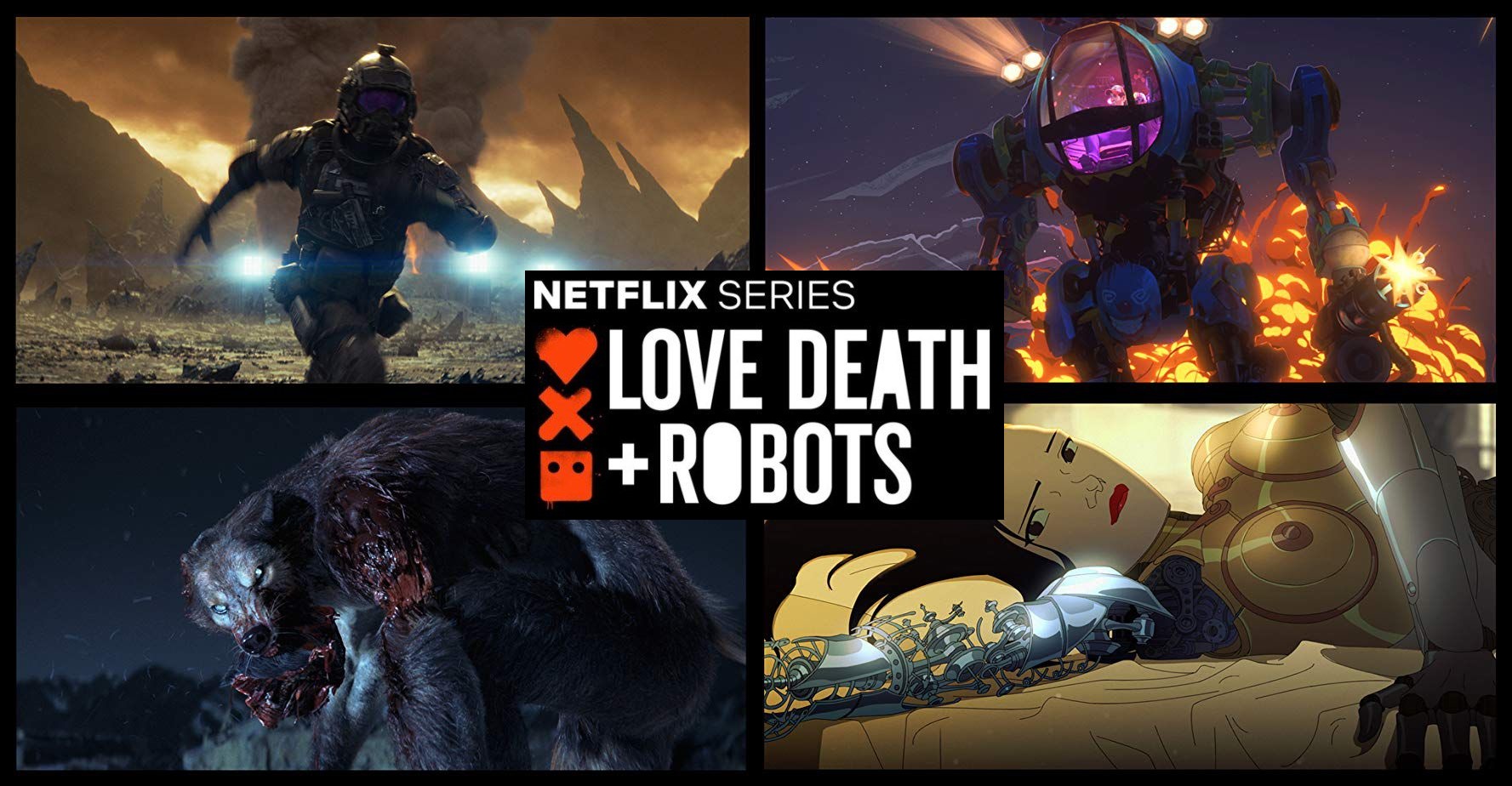 By concortoblog 13 June 2019 No Comments

An “adult animated anthology”, it is a too tempting bait not to be featured in this blog (looking forward the shorts wave of the upcoming Concorto Film Festival).

Here are the much contrasting reviews of Sofia Brugali and Yorgos Kostianis.

I was stucked in a classical pre-watching setting while looking for a movie on Netflix, when one keeps scrolling right or down and watches some trailers without finishing them. That’s when I came across the Love, Death & Robots preview, an insane flow of hard images rolling on an obsessive electronic song. The new Netflix series, that I would better title Sex, Death & Robots, is an anthology of sci-fi short movies which have very different styles. The NSFW series was created by Tim Miller (Deadpool) and David Fincher (Zodiac, The Social Network) and it shows rough and erotic frames, together with more ironic episodes. These are themes that have already been dealt with by Netflix: Sex Education and Big Mouth are addressed to an adult audience and Black Mirror represents sci-fi scenarios. From this point of view, the new series is an addictional challenge to the world of entertainment.
I look forward to watch the second season, while trying to figure out which ones are my favourite three episodes.

THE WITNESS
The third episode is by fire the most original in graphic experimentation (3D-animation is mixed with the art of comics) and also the most explicit in what concern the dirty representation of human sexuality. Set in a futuristic Hong Kong, it is a piece of a longer loop, as we can understand from the symbol of the ouroboros that appears in the beginning. It is a long and exciting chase between two murders. Victim and murderer, player and witness, the one who is misunderstood and the one who misunderstands exchange their roles over and over again. This situation is explained by the same productor Alberto Mielgo: “This story is very much a representation in the shape of a thriller of difficult types of relationships into which I repeatedly fall. (…) For some reason, the lovers, they come back and they come back, and they both become a victim”.

ZIMA BLUE
Adapted from the namesake tale from Alastair Reynolds, Zima Blue was animated by Passion Animation (the same studio that is in charge of Gorillaz’ videos). It is the short movie that moved me the most: the story of a mysterious artist and his seeking for answers reminds the spectator that, in the end, “happiness is found in the little things”.

ALTERNATE HISTORIES
The penultimate episode draws inspiration from a sci-fi novel too: its source is Missives From Possible Futures #1: Alternate History Search Results by John Scalzi. It deserves to be mentioned because of his funny improbability: the Multiversity app simulates six alternative deaths for Adolf Hitler, dealing with interstellar prostitutes and gelatinous weapons created by the Soviet Union. There is no hope for the young Führer, but neither for a better future (expect for a pacific society of squids).

As a 90s kid that grew up in the golden era of animation watching era-defining works like Manie Manie, Robot Carnival and Animatrix, animated sci-fi flicks would inevitably become a veritable fixation of mine.
Thus, when Netflix announced its first ever sci-fi animation anthology – with David Fincher and Tim Miller (Deadpool) at the helm to boot, I could hardly contain my enthusiasm.
The theme? Hardly cryptic as alluded by the quite straightforward title.
Eros and thanatos…. and Robots. Eighteen animated shorts orbiting around those three cornerstones, focusing on a heterogeneous mix of standalone stories.
Let’s start with the obvious: the visual prowess of the series is undeniable. Thanks to the contribution of many different studios – each with its own stylistic hallmark, the animation is stunning and the level of photorealism is astounding.
Nevertheless, by dwelling on the cutting-edge of visual aesthetics, Love, Death & Robots, commits the same grave error that, oftentimes, outlines the limits of western animation: utter disregard for screenplay.
On closer inspection, even the very main themes of the series are only rudimentary explored.
There’s not much love to be found, and when it emerges it’s, more often than not, confused with aseptic carnal passion mixed up with copious amounts of sophomoric nudity and violence – two concepts that the series seems to view as inextricable.
Death, on the other had, reigns supreme: bestial in its goriness and gratuitous in its self-indulgence yet deprived of redemption or catharsis.
The robots would, arguably, be the only ones to land on their metallic feet, albeit depicted so anthropomorphic that they end up paradoxical.
Ultimately, a line needs to be drawn between hopes and expectations:
While the former, despite how big or personal, were betrayed, I would also have to concede that Love, Death & Robots is a series that flagrantly takes nothing seriously, shooting for a wide audience – and that’s perfectly fine.
However, it also fails to live up to the latter, more objective ones, due to it’s blatant lack of depth and nuance.
Sadly, ideas wasted can often be more disappointing than no ideas at all.

Zima Blue
Follows the story of a conceptual artist seeking his raison d’être through his final masterpiece.

Based on a story by Alastair Reynoldas and directed by Robert Valle of Aeon Flux, one of the series’ strongest points.

Good Hunting
A story of love, loss and vengeance set in a China at the throes of a technological revolution.

The most ambitious and complex episode of the whole series utilising a 90s-style, hand-drawn animation, oscillating between fantasy and steampunk backgrounds.

When the yogurt took over
After scientists breed a strain of super-intellogent yogurt it soon hungers for world domination.

The shortest yet most incisive story on the human condition. 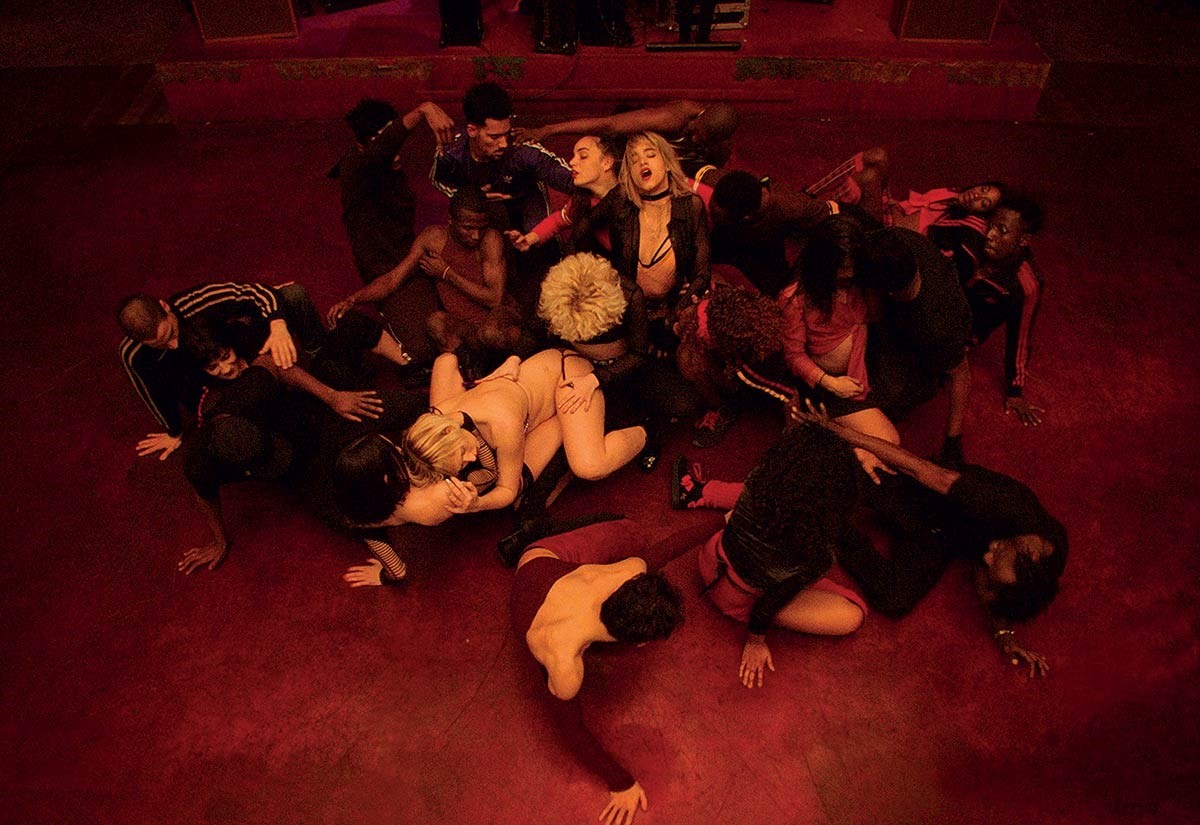