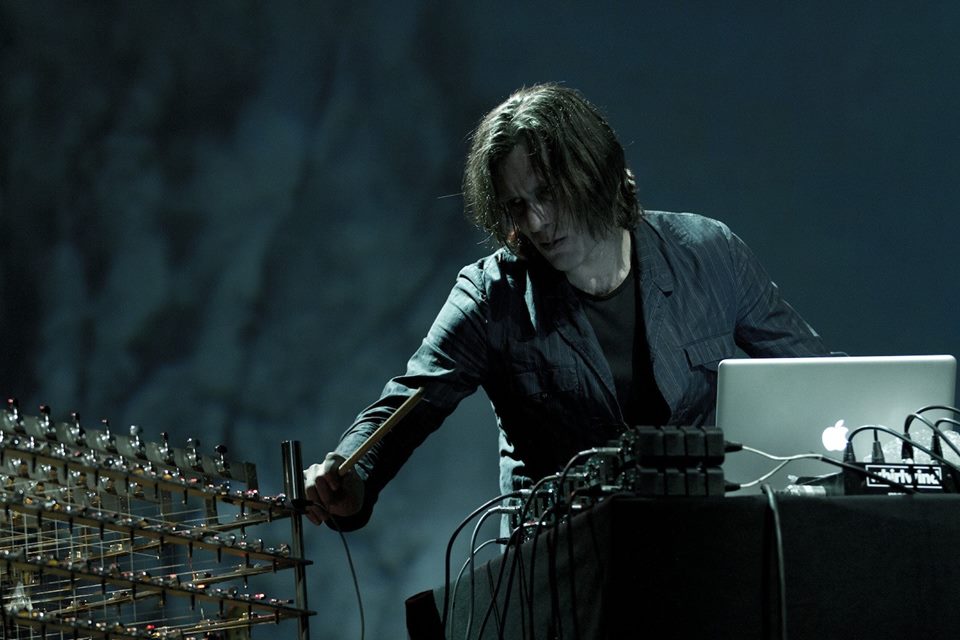 Concorto continues its journey through the contemporary electronic music, and after Teho Teardo and Murcof, this year we will host a live exhibition with Christian Fennesz. The Austrian musician will play in a beautiful en plein air concert on the 25th of August 2015; together with visual artist Lillevan, they will present the project “Mahler Remixed”.
Guitarist, composer and musician, Christian Fennesz is a key figure and one of the most original voices of the contemporary electronic music scene, as well as a veritable trailblazer of the current defined as “glitch music”. Looking forward to watching the concert in August, we couldn’t possibly miss the opportunity to ask Fennesz some questions about music, cinema and of course Gustav Mahler. Here’s his answers!

“I think every Austrian musician somehow has been touched by classical music, it’s so much part of the culture here.”

-Hello Christian, can you tell us a bit about how the project Mahler Remixed came together? What’s its origin? How was it born?
It goes back to the year 2002. The Austrian cultural forum in New York asked me to compose and perform a piece based on the music of Gustav Mahler. In 2011 the head of the forum (meanwhile the head of MAK, Museum for Applied Arts, in Vienna) asked me again to rework and perform the piece in the Radio Music hall in Vienna. So it’s been a long work in progress.

-Is classical music part of your artistic background or is it an interest you’ve only recently developed?
I think every Austrian musician somehow has been touched by classical music, it’s so much part of the culture here. I was always more into experimental pop music, electronics, rock, jazz, etc.

-Do you think this opportunity to deal with a classical score will affect your peculiar way to create music mixing guitars and laptop generated sounds?
No, not really, as I am doing it my own way; it’s just an interpretation of Mahler’s music based on samples from Mahler’s symphonies. Although last year the Radio Symphony Orchestra played the score of my interpretation…

“Working for a film soundtrack is very interesting and satisfying but very exhausting too. The music is in service for something, the technical aspects are more challenging than traditional studio work.”

-Your mixture of melodic with atonal sounds has become a sort of hallmark of your work. How did you develop that approach?
By having been interested in both sides, noise:melody, ugly:beauty, silence:noise.

-You’re considered a forerunner of what it is known as “glitch music” and your work has been deeply influential for many musicians around the world. Do you think this definition (glitch music) could still be used to describe your most recent work or you moved on from this in search of a different style and aesthetic?
I don ́t care about these categories very much I must admit. For me it’s just music.

-Has cinema ever been among your sources of inspiration? Do you have any favourite films?
It has. I have so many favourite films, it’s difficult to pick one. When I was young and saw Chris Marker’s “Sans Soleil” for the first time, that was a big influence.

-How would you describe working for a film soundtrack, as you did for the “Aun”?
It’s very interesting and satisfying but very exhausting too. The music is in service for something, the director is the boss, the technical aspects are more challenging than traditional studio work.

-What are the projects you’re currently working on?
I just finished 3 soundtrack works for 3 very nice experimental films. for Charles Atlas, Gustav Deutsch and Manfred Neuwirth. Now I am working on a remix for Ryuichi Sakamoto and hopefully I will finish this next week. Then I’ll make a new solo album.