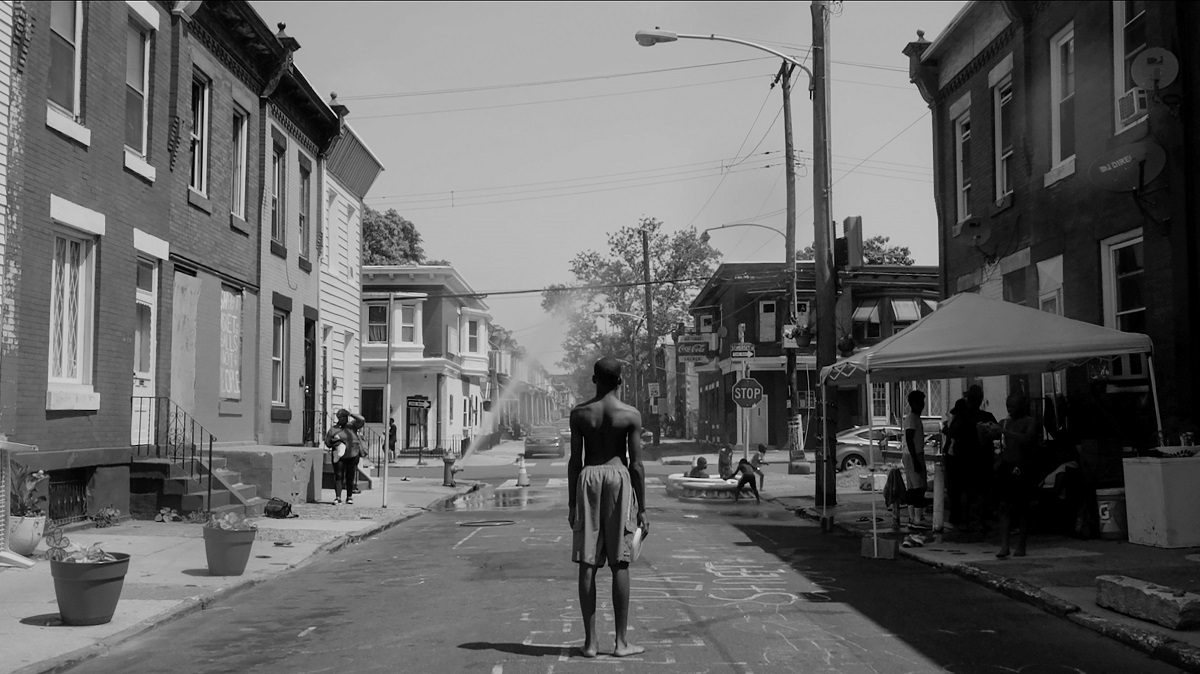 By concortoblog 1 August 2021 No Comments

Back to Black was born to explore different shapes of contemporary African descent cinematography, with an eye to the American reality, through the themes unveiled by the protests of the Black Lives Matter movement.

While it may be easy to talk about black culture when referring to other arts, especially when referring to music, and to recognize its processes and industry, it is difficult to pinpoint, cinematographically speaking, African descent filmmakers, whose works are fragmentally defined due to their hybrid, innovative and revolutionary character. Culture is entwined with politics, as it is proven by the massive (re)discovery of black cinematography that remained little known until now, a different cinema, far from the stereotyped and victim-focused narrations to which we were and are accustomed.

These reasons led us to the creation of the Back to Black focus, whose title highlights the desire to reflect again not only on racial and identity issues that affect today’s society but also on the possible future forms of visual expression. In this regard, it is precisely from the African futurist movement that these artists draw, exploring every possibility given by cinematography, mixing genres, and daring without any fear. And so, the quest for and the definition of a personal free language, characterized by a new aesthetic, able to break up and re-imagine the present, emerge.

To touch themes that do not live in one’s own skin is not an easy matter: thanks to Justin Randolph Thompson of the Associazione Black History Month for the support. 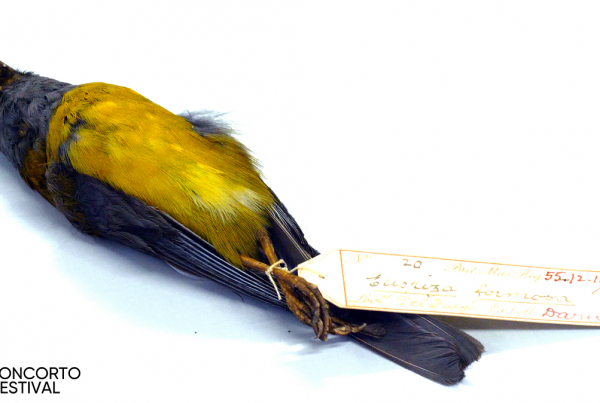 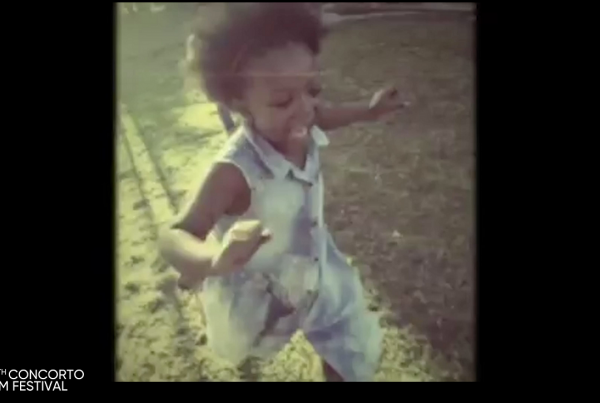 I ran fro it and was still in it 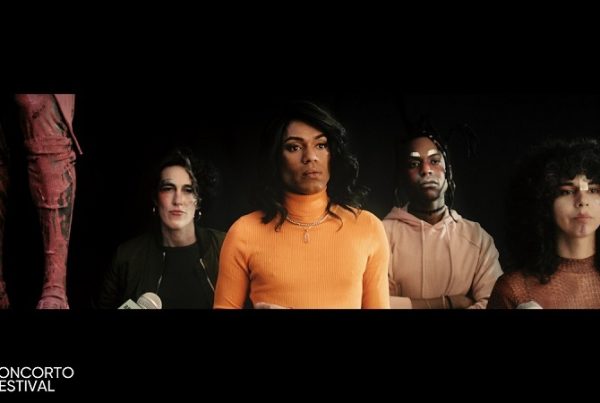 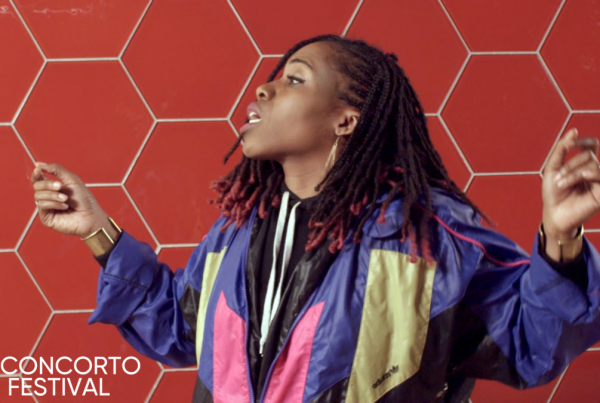 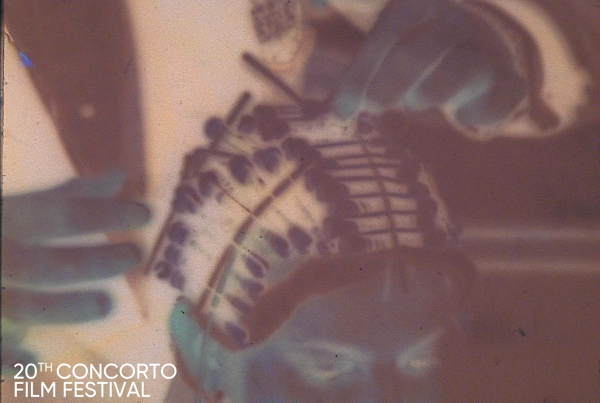 Why do we keep creating enemies to define ourselves? Defined through difference, a shade becomes shorthand for identity.

Larry Achiampong and David Blandy are a duo of English video artists who, through their digital reconstruction and installations, raise questions on the contradictions entwined with race, racism, and the consequences of post-coloniality. In A terrible fiction their research moves forward through the analysis of two opposing views, the concept of race understood as a biological definition and that of race as a mere social and historical construct. Starting from Darwin’s observation of birds, a sharp monologue about the colour of the skin is outlined.  The epidermis is zoomed in to the limit and becomes a grid of history and pain. The virtual reality and avatars are just an illusionary reflection of the freedom that our advanced and digital society thinks to have: they follow and reflect the same patterns and social inequalities that exist in the real world.

Dear Philadelphia was born as a photography project and became only later a documentary, a love letter to this city and especially to its inhabitants, a work written and captured by Renee Maria Osobu, a very young London photographer working on her first short film. Philadelphia – Philly – is portrayed in black and white, without any colour and in the darkness, like the stories behind the scenes of the families who live there. A series of portraits and slow movements depict without being intrusive the faces of three brothers – Josh, Mel, and Dot – and their stories, underlining one of the biggest problems in the city’s working-class neighbourhoods, namely drug dealing: “Schools getting shut down, more prisons is being open”. Trapped between running away – whether on a horse or a motorbike – and staying, it is the latter that wins: Dear Philadelphia is brotherhood, sisterhood, a sincere tribute to the spirit of togetherness, resistance, and hope of the Afro-American community.

I ran from it and was still in it: running away from the images, the grief, the pain, the family, the memory, the love. Winner of the Pardino d’oro for the best international short film at the Locarno Film Festival 2020, Darol Olu Kae’s work is a found-footage that puts together, through online public archives and amateur family footages, a personal imaginary which has never existed and whose creation corresponds to his father’s death. A kind of filmed newspaper that expresses itself through music and the black voices of the Afro-American art and culture, from J. Cole to Sam Cooke, from James Baldwin to the jazz pianist Horace Tapscott.  The intimate story turns into a community narrative, a poem of identity that embraces the complex nuances of black identity.

Octavia Esteller Butler is much more than just a writer of sci-fi novels: she is rather a rebel, a nonconformist, someone who thinks outside the box remaining quiet. An outsider, an Afro-American woman who writes sci-fi in the 80s, nearly unknown in Italy (her novels were never translated into Italian). Race, power, religion, environment, gender identity, protests, rebellions, wars: everything is entwined and everything comes back, and echos one another though distant in time. Waves of hatred, indifference, fear are impossible to separate: each affects the other, in every aspect, society, and corner of the world, from the richest to the poorest. With her queer and non-colonial view, Zara Zandieh creates a simultaneous, fluid, and immersive work that takes a close look at the problems of the present, putting the message for which Butler has fought all his life across.

R.I.S.E stands for Reaching Intelligent Souls Everywhere and is the name of a Toronto-based creative association founded a few years ago by poet Randell Adjei. The video artist duo, Barbara Wagner and Benjamin de Burca, takes us to the capital’s new subway system that connects the city center to the suburbs, capturing the urban performance staged by a diverse group of singers, rappers, dancers, and poets to be. In RISE, several identities and origins come together, young girls and boys, mainly children of African and Caribbean immigrants: a melting pot, a contemporary cross-section of cultures and genres that seek their voice with the help of hybridization and the power of the word.

Akosua Adoma Owusu, Afro-American director of Ghanaian origin, is one of the leading voices of black cinema and contemporary video art and an experimental artist. Her White Afro, premiering in Italy at Concorto, is the last part of a short film trilogy that celebrates black women’s hair and the Afro hairstyle as an element of identity and identification. Within the American framework, even aesthetics become a political issue: Akosua works on archive materials produced by the Barbers, Beauticians, and Allied Industries Association on how to give a perm to white customers. Archive images dating back to the 60s overlap with the oral narration in Ghanaian of Akosua’s mother, herself a hairdresser. Even hair salons have fallen victim to white colonization and six minutes are more than enough to expose the deep contradictions rooted in American racism. Origin and social class are two key factors that always come back in Akosua Adoma Owusu’s works, without ever clashing with each other: they are rather two consciousnesses that live side by side, analyzing and scrutinizing each other to find their place in the free cinema experimentation.