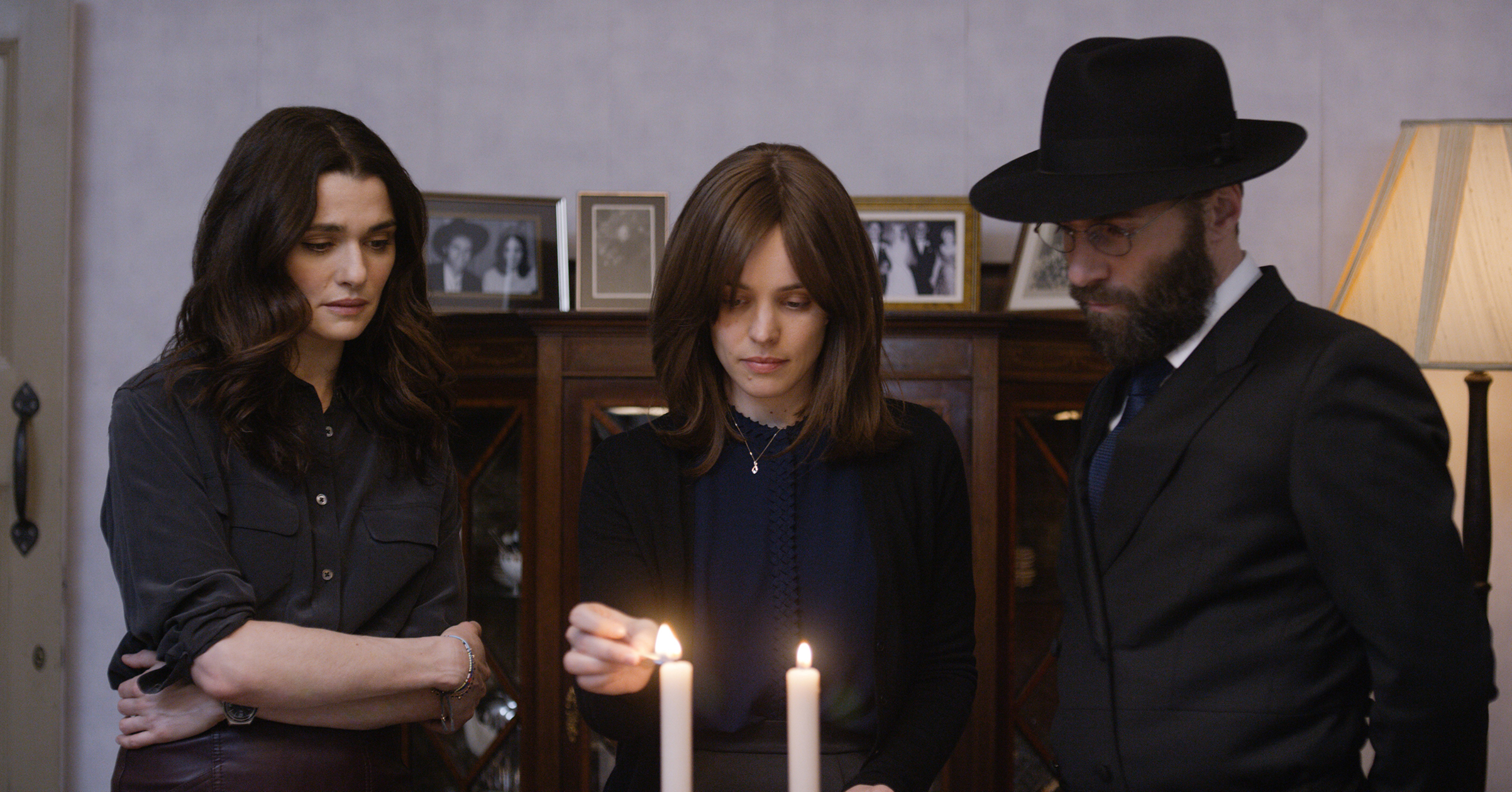 By concortoblog 15 November 2018 No Comments

Sebastián Lelio, now at his third international feature film after the Oscar winning Una Mujer Fantástica, brings us into an unassuming and restrained London, staging what it might seem an old-style romance turning instead into a theological dilemma about “free will”.

Let’s see how Sofia, Margherita, Yorgos and Elena have dealt with the principles of Orthodox Judaism. 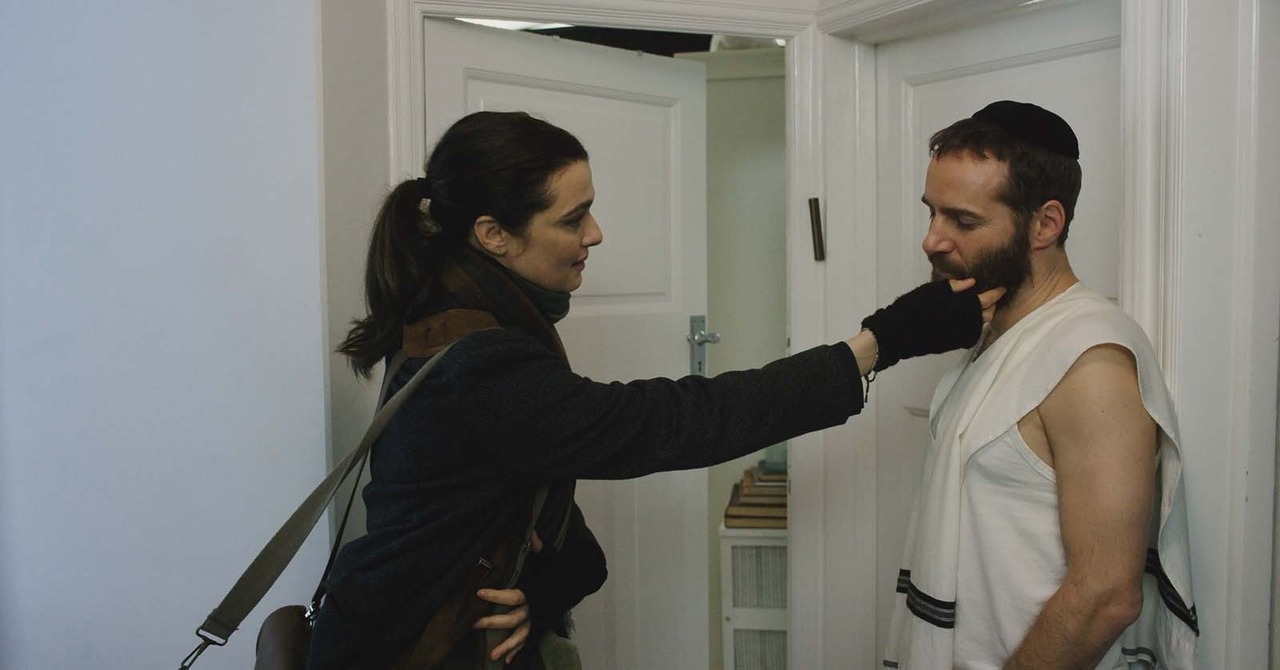 Disobedience – as seen by Sofia Brugali

Ronit comes back to her hometown after the death of her father, the rabbi of the Jewish community in London. Her return awakens a sense of primordial guilt, a past event at first only insinuated: Ronit is not expected and she does not appear to be welcomed. We, as spectators, feel the emotional weight the community pours on the protagonist, but we don’t understand, we cannot understand until the sin she was guilty of committing occurs once more under our eyes, with the violence only unresolved conflicts bear, with the intensity of a misunderstood love, never declared, never ended, between Ronit and her friend Esti.
With difficulty, the weight of the guilt becomes awareness of their desire, their freedom of choice goes beyond the dogma and finally the spectator, as Esti’s husband, understands the words of the rabbi: “What is this thing?” he asks just moments before dying “Man? Woman? It is a being with the power to disobey”.

Disobedience – as seen by Margherita Fontana

Disobedience, by the Chilean director Sebastián Lelio takes us into the Hebrew community of London, where Ronit Kruschka (Rachel Weisz) returns after her father’s death, the Rav. Her unexpected presence will disrupt the lives of Dovid (Alessandro Nivola) and Esti (Rachel McAdams), Ronit’s childhood friends and now husband and wife. Esti and Ronit love each other as they always had and they are reunited after their efforts to face their stories (and religion): while Ronit has chosen to clear away the past, moving on the other side of the ocean and becoming a photographer in New York, Esti has tried to tame her desire in order to keep the bond with her faith. As a matter of fact, this seems to be the film’s core: the relationship between freedom, faith and love. Disobedience has been designed as a parable commenting the last words of the Rav, who died in the synagogue trying to explain the human nature, halfway between the one of the angels and the beasts. Esti and Ronit, whose love was suffocated in a male-lead society, are only two sides of the triangle completed by Dovid, bound to become the Rav’s successor: he embodies more than everyone the troubled relation which exists between freedom and faith.

Disobedience – as seen by Yorgos Kostianis

While everyone was rushing to the theatres to watch the Avengers get literally pulverised, oscar-winning director, Sebastián Lelio made his quiet comeback with a film that bears the hallmarks of his previous work albeit with a notably different tone.
Disobedience follows the story of Ronit (Rachel Weisz), a British expat leading a bohemian life as a photographer in New York. After receiving word that her estranged rabbi father passed away, she decides to abruptly return to her Orthodox Jewish community in London which shunned her decades earlier for having a sapphic affair with her childhood friend Esti (Rachel McAdams). Once back, she’s surprised to discover that Esti is now married to her late father’s pious protégé, Dovid. Despite everything, the reunion of the two women reignites their passion and destabilises their community once again.
In his earlier works Lelio has proved himself an expert in portraying women’s longing for connections that go against the prevailing orthodoxy. Yet, compared to his radiant Gloria (2013) and his agonizing A Fantastic Woman (2017), in his debut English-language film the palette is muted, emotions are reserved and the storytelling is restrained. With almost muttered dialogue and minimal exposition Lelio creates a claustrophobic atmosphere that can be read eloquently and movingly through the excellent performances of both Rachels. However, the blatant lack of background and lethargic pacing leaves something to be desired. The film gets tangled up between its titular theme of rebellious freedom of choice and romantic melodrama culminating in a weak and slightly clichéd finale.
That being said, Disobedience fits ever so congruously with Lelio’s filmography of transcendent odes to forbidden passion and craving for connection. Also worthy of mention are the film’s very interesting musical score by Matthew Herbert and the emotional sing-along of Cure’s Lovesong performed bashfully by the two lovers, tacitly resonating with the lyrics.

Disobedience – as seen by Elena Saltarelli

A rich London neighbourhood, the perfect size of the blades of grass in the gardens, the clear and clean wallpapers on the walls. In this work of the Chilean director Sebastián Leilo, the staid harmony of the atmosphere compresses a passionate love story, suffocated for years, between the main characters, Ronit and Esti.
This film lays its foundation overlaying dualities, searching for a clash that never happens. Or rather, happens in the flow of the plot, but doesn’t explode emotionally and photographically, it doesn’t impress cleanly but it substantiates the character’s life.
Religion, rather than being a proper obstacle to the emotional and sexual liberation, becomes an aesthetic element strongly fascinating and a cradle within which the passion leads, never being a real contrast reason.
The religious element gives us some beautiful choral moments: the distance between Ronit and her Rabbi father, whose death became the trigger of the reunion with the submitted Esti, who turns out to be the element on which the entire narration converges; the liberation of the latter from her marriage with Dovid, proclaimed during the eulogy. The love that overcomes the ability of communicating effectively, the preliminary comprehension, stated with a simple “Sorry if I can’t understand” – summa of the entire film.
Almost absent the incisive style that could be expected from such sharp and provocative title, but anyway an optimal example of an authentic emancipation from the community interiorization. 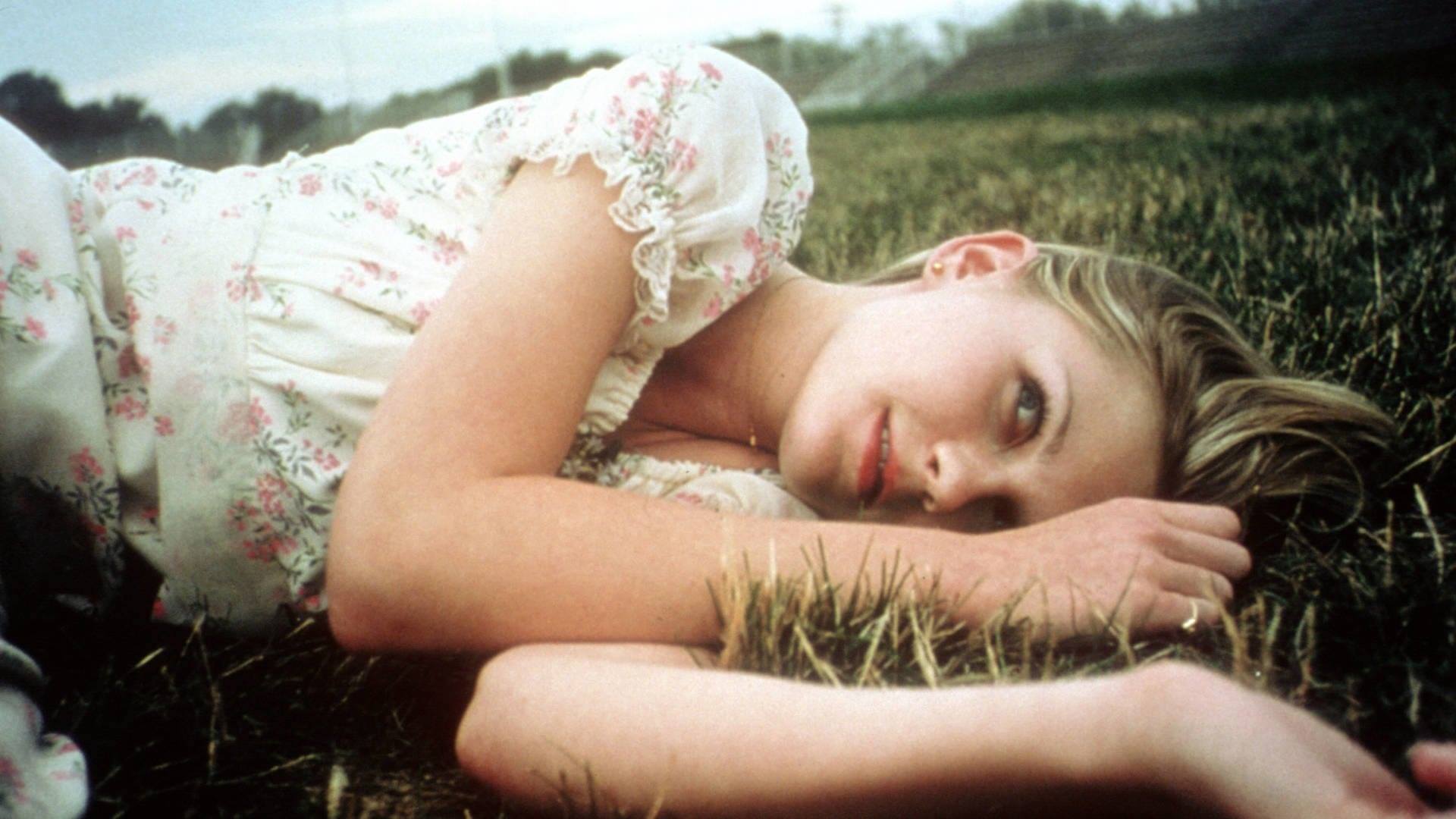