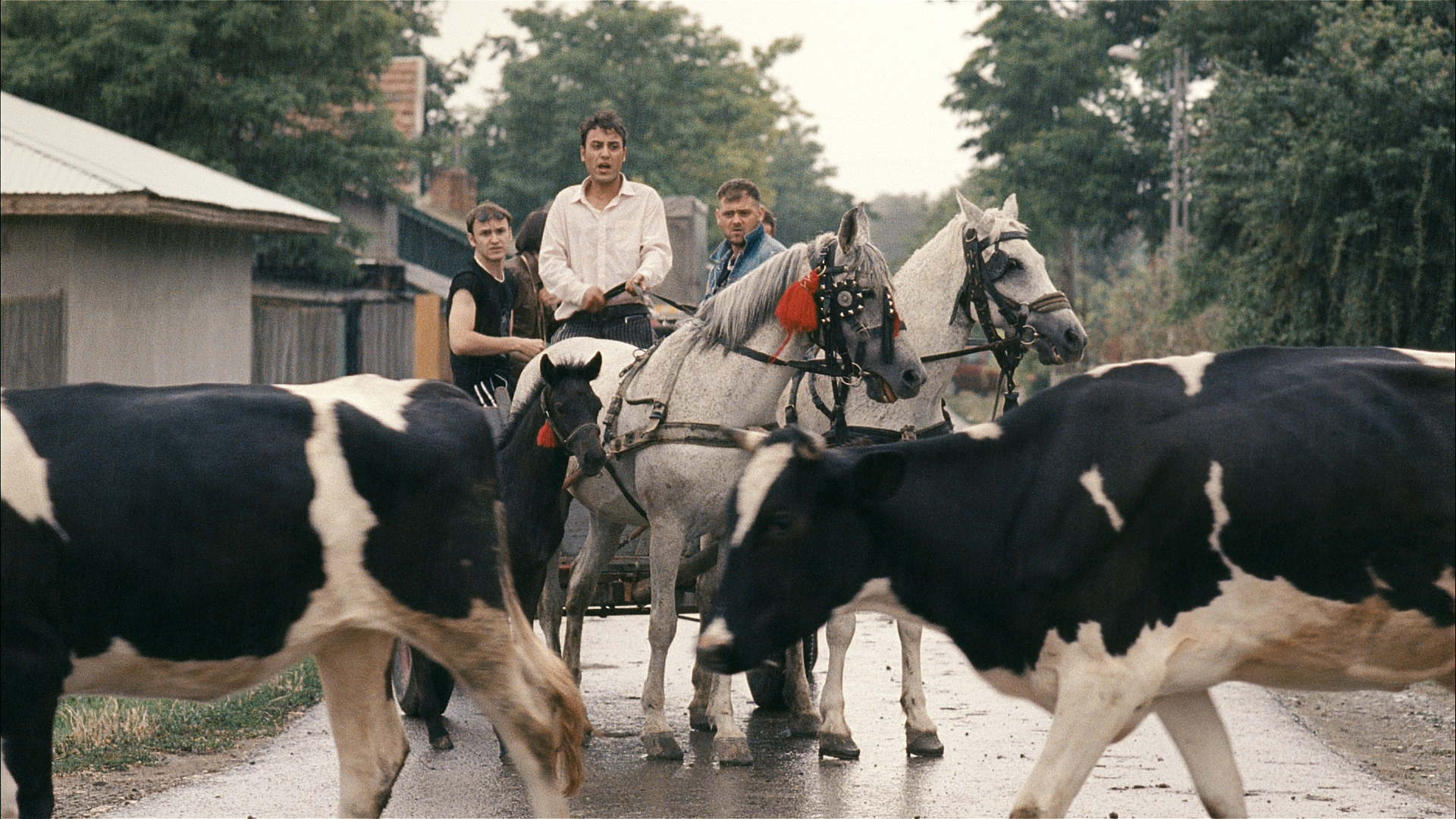 Since 2009, parallel to the main competition, Concorto has decided to dedicate a special section of the festival to a particular country, with the aim of shedding light to cinematographies little-known to the general public and in order to present an unusual perspective on certain social matters that are, in fact, particularly relevant culture-wise. For that purpose, we created the focus sections on Poland, Israel, Québec, South Korea, Sweden, Belgium, Iran, Greece and Cuba.
This spirit and this curiosity have urged the organizers of this year’s festival to turn their gaze to Romanian cinema: a true factory of realistic talent, stylistically similar yet heterogeneous at the same time. An up-and-coming cinema school which, in recent years, has started to capture the interest of the general public by emphasizing its autonomy both in content (deviating from trends or fashions) and in attitude (an expressive freedom with no room for compromises).
It is thanks to this generation of filmmakers -who have relished notable success both with the critics and the audiences of festivals the world over- that the Romanian cinematography has become a true film-making school, an examination of the challenges of the new realism that European cinema is facing; standing next to the cinema of France, Italy and other countries.
In the Cannes Film Festival of 2006, director Corneliu Porumboiu was awarded with the “Caméra d’or” prize for his film East of Bucharest (this recognition greatly helped this film to make its way to cinema halls all around the world). This award paved the way for the discovery of the generation of Romanian filmmakers born between the mid-sixties and the mid-seventies. This generation was able to recount the changes taking place in their own country with great lucidity, as well as reassessing the works of the directors of the previous generation, little-known to the rest of the world, but capable of maintaining their creative freedom even during the years of the regime of Ceaușescu.
The Romanian cinema, as evidenced by the prestigious international prizes awarded to some of its most famous exponents, is experiencing a particularly felicitous period. Cristian Mungiu (Palme d’Or at Cannes in 2007 for 4 months, 3 weeks, 2 days), Radu Mihaileanu (Train de Vie, The Concert), Calin Peter Netzer (the Kerenes case, Orso d’Oro in Berlin 2013) and Cristi Puiu (the death of Mr Lazarescu, Sieranevada), just to mention a few of the film-makers who have achieved a certain degree of artistic acclaim both from critics and the audience of festivals around the world. These films depict the recent past and the present of their country of origin (in the case of Mihaileanu also that of Europe as a whole, using a different tone with respect to the others mentioned above) with a fierce and ruthless realism and bleak colours that showcase the deep lacerations that run through a society which painstakingly exited from a dictatorship and is facing the conflicts and contradictions caused by a long economic crisis.
Going through a generational turnover of creative freedom, from the harsh years of Ceaușescu’s regime to this day, Romanian cinema has forged a unique expressive identity. The 2017 Focus, dedicated to Romania, is going to investigate today’s freedom: a time when cinema is finally considered a quality film school with certain very recognisable elements; starting from the inescapable inquiry on human relationships. Films with screenplay, actors, tensions, but also sharp irony, where people are the ones at the center of everything. Therefore, we went to discover what new trends are being developed within it, and we selected the works of the youngest film-makers, in order to understand how influential the legacy of the cinematic realism of the previous generation is for them, to find which are the new themes that are recounted in these films and which technical and formal innovations are at the center of the most recent artistic research.
Eight short films, different yet, at the same time, similar to each other, all sharing that unique humanism that Romanian cinematography has offered over the last few years. 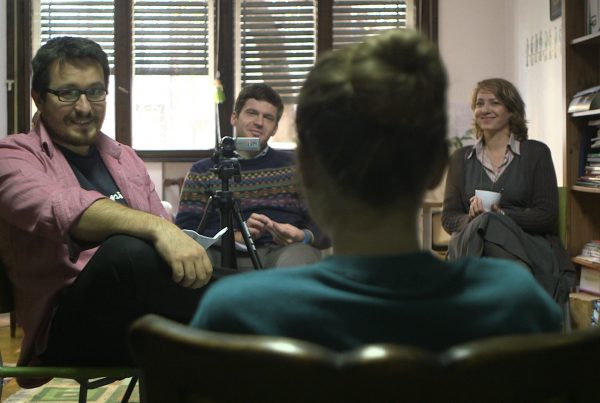 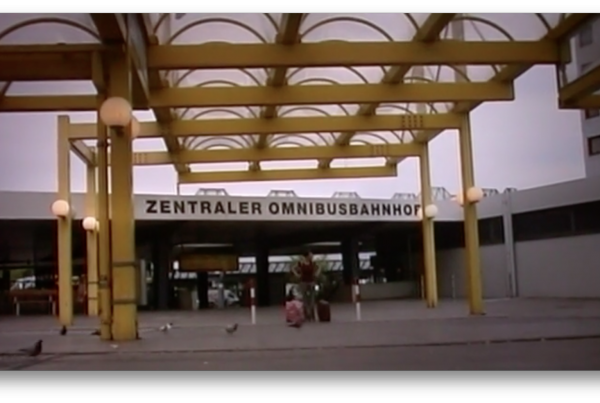 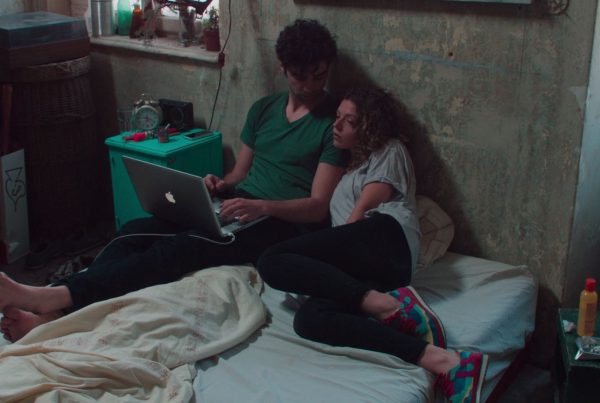 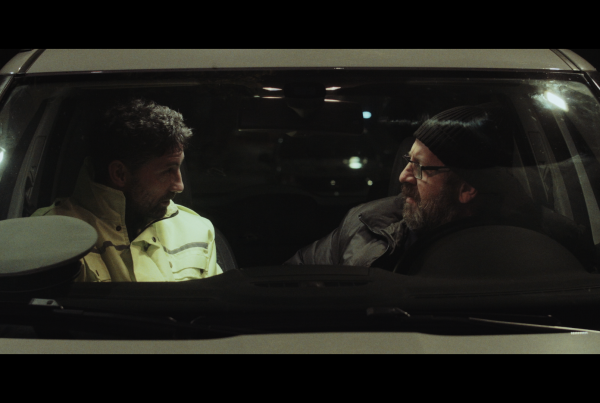 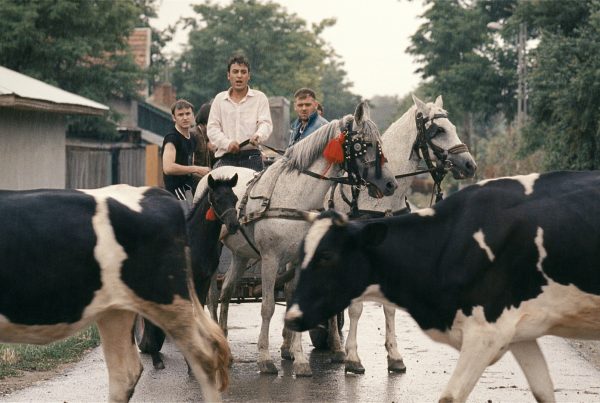 A Night in Tokoriki 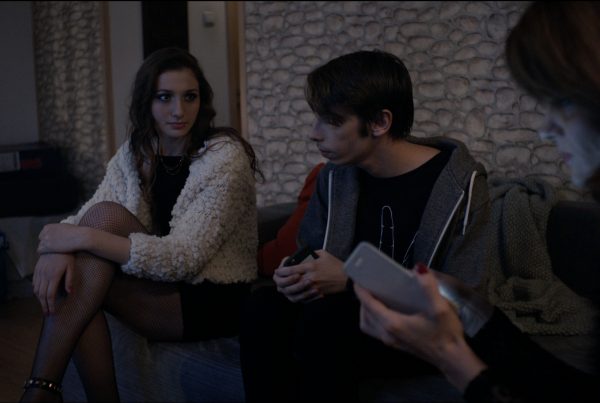 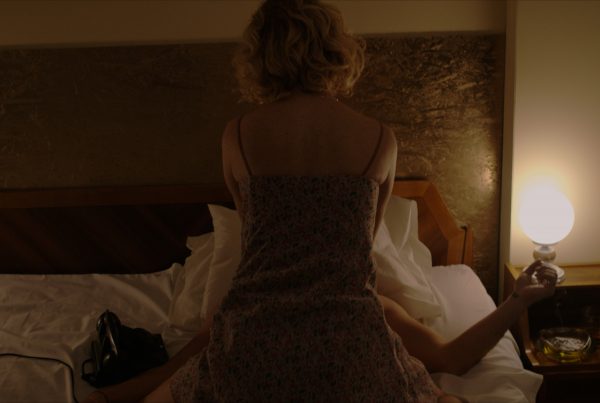 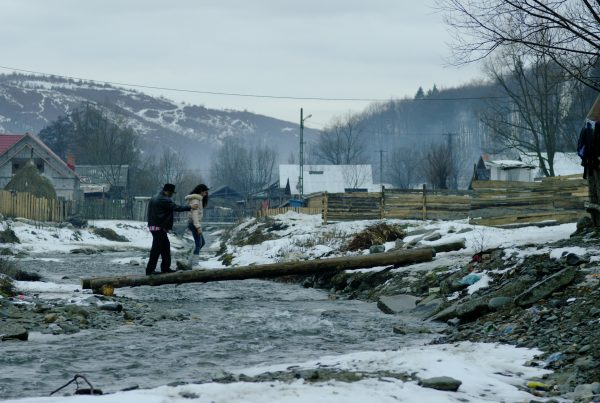 Short movie from 2014 shown for the first time the same year at the Mostra del Cinema in Venice, “Arta” by Adrian Sitaru, one of the most interesting emergent movie directors in his country, is a smart and mainly autobiographical reflection about the meaning of art, cinema and morality, conveyed by his almost metacinematographical plot. During an audition for a film on child abuse, the film director engages on an ideological conversation about sexually explicit contents and “art for art’s sake” with the mother of a young wannabe actress. Brilliant and mature also from the directorial point of view, the film is crowned by a perfect final, in which the movie director and his producer go further in discussing their own real points of view about their relationship with cinema.

On the run from poverty and marriage, Iona leaves Bucharest for Berlin seeking fortune. A reality far away from what expected awaits her in Germany: a city threatened by economic crisis and seemingly inhospitable. The casual and lucky encounter with a taxi driver of Turkish origins will constitute the turning point. A delicate tribute to the multicultural richness of the European capital.

Reality teaches us that in life there’s not so much continuity between thethings that happen in a love story. In twelve minutes very close to reality – no off-screen, no extra-diegetic sounds – “Candy Crush”, a 2015 short movie by Andrei Georgescu, takes us in the confidential atmosphere of a couple’s plain afternoon, broken – just as it happens in reality – by a detail that can be at the same time huge or insignificant. Georgescu’s fourth short, interpreted by Alec Secareanu and Victoria Raleanu, with an extremely open and a bit unexpected final, the movie is an interesting zoom on love without the theatrical exhibition we are accostumed to.

A quotation from the Book of Job introduces the subject of Ionut Gaga’s short film: is there still authentic rectitude in our world? The Lord bets ten thousand souls with Satan that there are still good men on earth. The Devil, in the director’s allegory, is not as black as he is painted: he takes the shape of a police officer. The intended victim is Radu Iovan, pulled over because of a broken headlight while he is rushing to the station to say goodbye to his daughter who’s leaving for Germany. The unfortunate soul is confronted with the classical dilemma: to accept the penalty or to make a deal with the devil.

A NIGHT IN TOKORIKI – Roxana Stroe

Shot in 2016 by Roxana Stroe, a very young female movie director born in 1991, “A night at Tokoriki” is the story of a birthday party setted in a dreamlike club illuminated by vintage neon lights. The plot takes an unexpected direction when Alin and his friends arrive: with his presence, he revives moments from the past wanted to be forgotten. With its pale colours and its attention to faces, in particular to the main character’s one, the movie in eighteen minutes justifies the dilated times by portraying a gentle emotional drama, with a final surprise that do not threaten the inner realism of the story. “A Night in Tokoriki” is supported by a beautiful soundtrack that puts up with the gaunt screenplay of the film.

“First night” by Andrei Tanase, shown for the first time at Venice film festival in 2016, has a plot that seems to re-enact an already seen topic in its soft perversion: a birthday, a young, shy and problematic lad, a father who decides to give him as a gift his first adult night. An unconventional short compared other more realistic works, “First Night” in the end takes the most natural direction and the less cinematographic one. The short represents with coherence the main character’s anguish, never fully explained, which splits him between his father’s expectations and his personal anxieties, until a natural uncensored final.

Winner of the Canal+ Award during the Semaine de la Critique of Cannes 2015, the work by Andrei Cretulescu, part of a trilogy started with Bad Penny in 2013 and continued with Kowalski in 2014, is a violent thriller, performed in the total absence of dialogue. A vengeance, the one of Ramona, consumed with absolute nerve and no pity, overnight.

The young Babisa just had a baby girl, but before leaving the hospital she needs her mother’s signature, whom she hasn’t seen for a long time. The hurtful reunification provides the opportunity to reflect upon bonds in the context of a Roma family. In the short film directed by Adrian Silisteanu, written and unwritten are indeed the complex relationships which link parents and children: can really papers or documents, linguistic labels, tell us whom we belong to? In the end, sterile officialdom steps aside to make room to the intricacy of real relationships, whether they are written in the DNA or in habit. 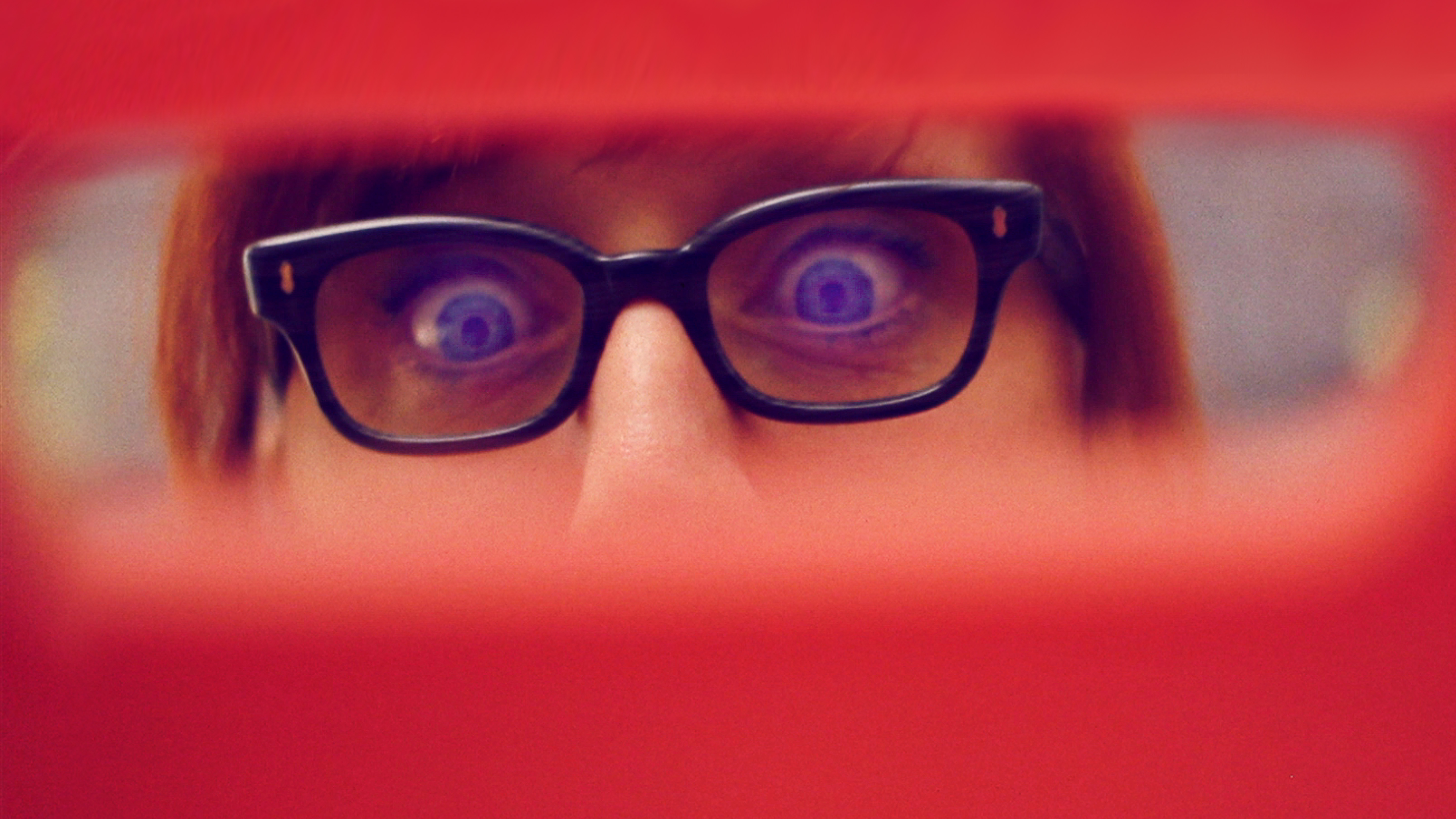