By concortoblog 18 August 2018 No Comments

It’s with great pleasure that we start today our dailies of #Concorto2018!
Tired from last night’s opening party – during which DJ Bruno Belissimo delighted us with his music – yet perky, we start the first day of screenings in Parco Raggio. But first, as usual, let us briefly introduce the whole schedule followed by the reviews written by our great editorial team.
Let’s begin with the short films officially in competition: Futuro Prossimo by Salvatore Mereu is a praiseworthy story about migration; Counterfeit Kunkoo, set in contemporary’s India, invites us to meditate on the role of women nowadays; Poisson de Mars gives us a different version of April’s fool whereas Gros Chagrin brings us face to face with a love story which came to an end. Kali by David Krippendorff (this is his third time at Concorto Film Festival) is a short film inspired by the song Pirate Jenny performed by a legendary Nina Simone; the Swedish short film Min Börda delights us with a bizarre bestiary dealing with solitude and Ato San Nen – with its bitter-sweet comedy between the East and the West – rings down the curtain on the first night of the festival.
At 11.45pm, the Deep Night – the first night dedicated to scary movies – will take place at the Greenhouse! Find all the reviews here. At 11.30pm, don’t miss Japan Suicide Trip in the renewed Boschetto of Parco Raggio: a concert with the great jazz pianist Umberto Petrin who embarked on a psychedelic journey which combines Japan in all its forms, Artaud’s theater, jazz music and improvisation with electronic drum’n’bass-trip-step-funk.
The reviews on all the films in competition will follow. 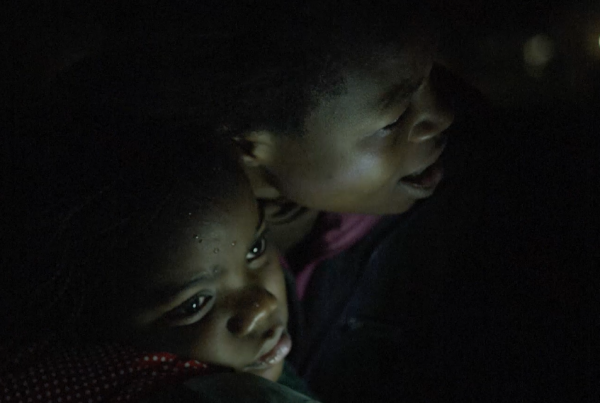 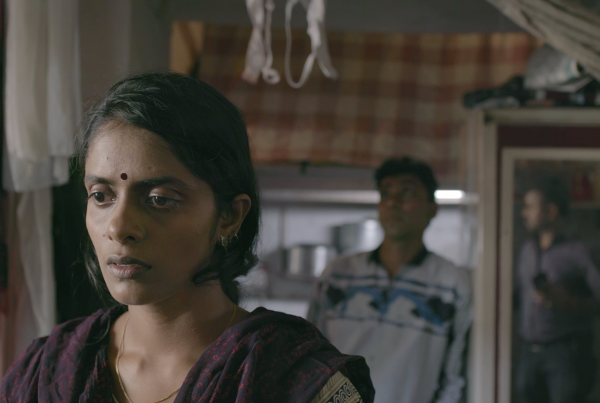 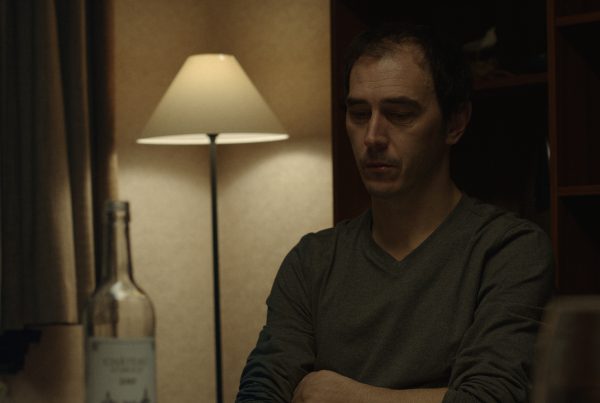 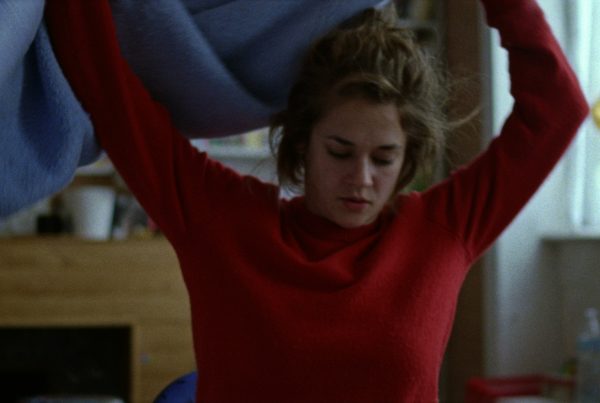 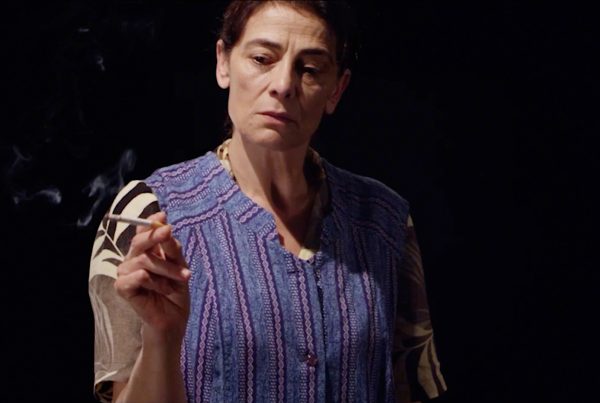 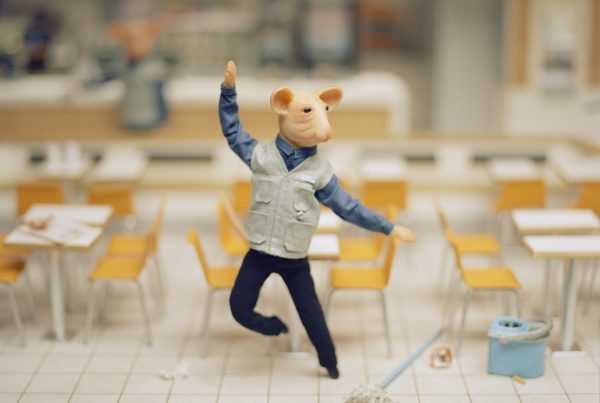 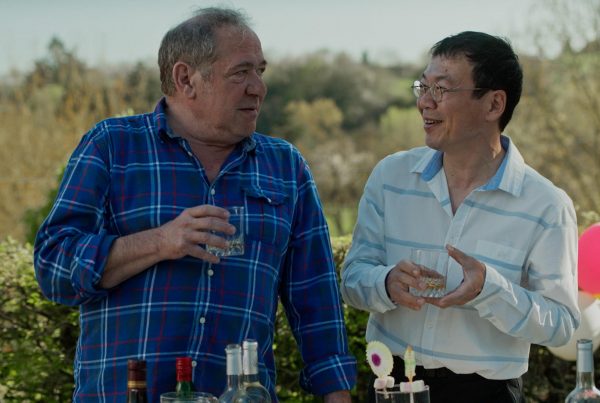 Present unfolds indifferent in Salvatore Mereu’s short film, in which the main characters are engaged in the simple-but-hard business of living. So, here is a man, locking a beach cabina and accidentally interfering with the life of a woman run away from the immigrant reception center. With her is a child, which she adopted when her parents died, while crossing the sea with a boat. The two protagonist’s longing for normality, both in real life and fiction, is hindered by the lack of work during the day and the need of a shelter and a home by night. This is the pursuit of happiness of the invisibles. In these 16 minutes, two lives stand for thousands.

This 15-minute short film recounts the odyssey of an Indian woman who’s looking for a place on lease to live in. Being unmarried represents a burden within the Indian society since no one wants to rent a house to a single woman. After having escaped a life of violence, the female protagonist finds in social violence an even bigger hurdle.
The hardships and the scrambling in search for her own individuality are rendered through close-ups and dynamic editing that create a pounding and cynical product, recalling the doors slammed in the protagonist’s face and the superficiality she constantly faces. This work successfully outlines a deep social and cultural lack without falling into rhetoric and pietism but reporting the fact simply by describing it.

This 14-minutes short film talks – with dark comedy traits – about a family dinner for the 39th birthday of one of Louis’ brothers, a man who suffers from depression. The key to everything is the April fools made up by the family for the poor man, who is inconsolable and full of rage because of the breakup with his girlfriend. The strength of this work undoubtedly lies in the clean picture and in the dialogs that enhance the
French irony even in front of distressing events. The tragicomic turn makes the vision irresistible and confirms the ruthless beauty of this genre and the human need to laugh where one should cry.

Gros Chagrin – which was awarded the Golden Lion at the Venice Film Festival in the short films section – is a stream of consciousness about the end of a love story celebrated in all its imperfections and contradictions. Celine Deviaux, who is mainly an animation film director, successfully pictures the two protagonists witnessing their own love-nest falling apart through an animation which seems to fathom their thoughts, creating vivid metaphorical images of their moods which cannot be put into words. The result is a mosaic of a shallow inwardness trying to put the pieces back together and a tribute to what French cinema represents in terms of topic, colors and faces.

In 1964, legendary songstress and civil rights activist, Nina Simone performed a powerful cover of the haunting song Pirate Jenny from the first act of Berthold Brecht and Kurt Weill’s musical: The Threepenny Opera.
5 decades later the song’s soul-stirring lyrics remain ever relevant, inspiring Krippendorff to adapt them into a scathing monologue, masterfully delivered by his muse, Hiam Abbass (Blade Runner 2049) in a barnstorming performance.
The film’s title alludes to Hindu goddess Kali – deity of empowerment and liberation but also vengeful castigator of evil – thus reflecting the film’s glaring undertones of injustice and oppression.

A 24-hour supermarket, a call centre, a fast food restaurant and a hotel for lonely hearts. In the middle of the night, an anthropomorphic bestiary puts on a weird musical about solitude and vain hopes of our daily life. With its strange and somehow unsettling animation, Min Börda (The Burden) strikes for its sharp irony that turns into poetry. The environments of this little universe featured in this short film end up being mirrored by the immense starry sky and the burden of life returns to be insignificant while we, small critters, seek to find the courage to carry on. The
apocalypse is near but it’s far from being feared. It is no surprise that this sophisticated short film by the Swedish visual artist Niki
Lindroth von Bahr has won – since its première – more than 25 awards, including the Cristal for the best short film at Annecy’s International Animated Film Festival in 2017.

Ato San Nen by Pedro Collantes shows the unusual encounter between the Spanish lady Marisa and the Japanese Hiroshi, an awkward tourist. Even if they are completely at odds, they both know well how it feels to be alone: she is a widow whose only company is her dog Tico, whereas
he is married to a woman who is currently in prison (and will be for three more years, ato san nen in Japanese). The fear to be left alone makes them be foolish and take risks and, at the same time, fans their desire to communicate their inner feelings, breaking linguistic and cultural barriers. Who said that it is impossible to open up to a complete stranger and to find intimacy, even in a language she or he cannot understand? With this bittersweet comedy, Pedro Collantes focuses again on Japanese culture with witty irony (see to believe his later short film Serori), reminding us that, we are all equal when confronted with sorrow and loss. 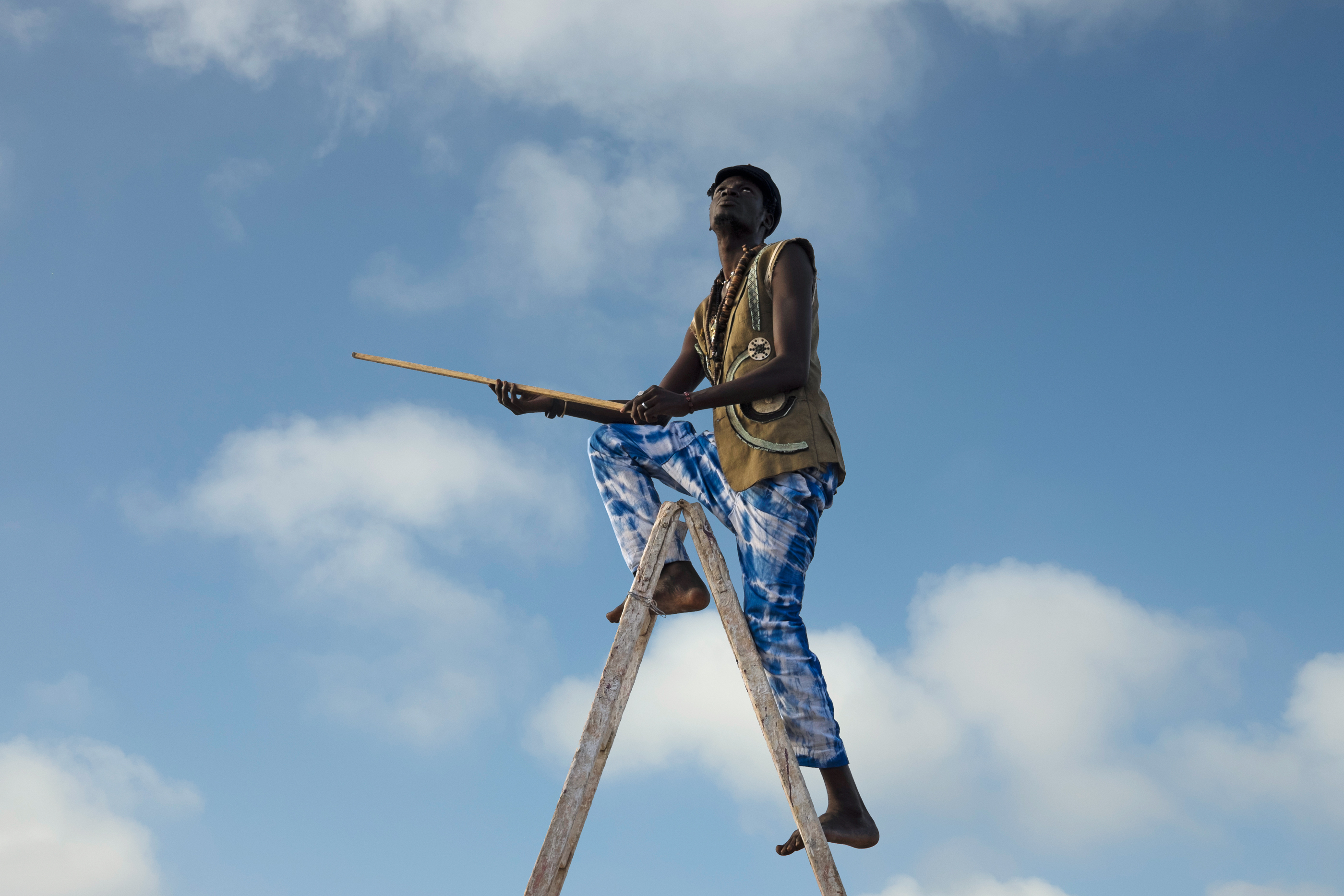