By concortoblog 21 August 2017 No Comments

Third day of Concorto, which is happily and quickly moving towards a full week of cinema!
We begin at 6 pm in the greenhouse of Palazzo Ghizzoni Nasalli for an afternoon screening of some shorts in the BORDERS competition: Meryem, Beauty of a Stateless Mind, No Man’s Land and Milles Autres Raisons (here the reviews).
The evening screening in Parco Raggio (start, as usual, 9pm) will begin with another BORDERS short, 489 Years by Hayoun Kwon. The official competition will then begin with Néboa, an intense first film of the young Spanish director Claudia Costafreda, and will go on with Stone on Stone by Mohsen Serjian e Marzieh Hakim, a perfect example of the New Iranian Cinema which in 8 minutes or less depicts the topic of death for lapidation for convicted adulterers. We move to the USA with Across My Land by Fiona Godivier, the portrait of an American family who lives close to the Mexican border (note, the short is produced by Joaquin Phoenix!), we trespass to the Philippines with Fatima Marie Torres and the Invasion of Space Shuttle Pinas 25 by Carlo Francisco Manatad, a visionary mix which combines realism with science fiction. Stella by Massimiliano D’Epiro is a short on the stressing experience a restaurant undertakes when dealing with the famous Michelin evaluation; the short boasts a first-level cast with Fausto Maria Sciarappa, Violante Placido and Pierpaolo Capovilla from the band Teatro degli Orrori.
We close with the noir The Dark of Night directed by Robin Wright (House of Cards fans, rejoice!), the Japanese animation Railment by Shunsaku Hayashi and the brilliant Finnish comedy Kukista ja mehiläisistä by J.J. Vanhanen.
The night will proceed with the Focus Argentina at 11.30pm in the greenhouse and the “oldies but goodies” dj set by Les Fufies and the Rubbish!
Treats: the interview with Chilean director Sofìa Géldrez author of Elle, la maison et le chat and the reviews of the shorts in competition! 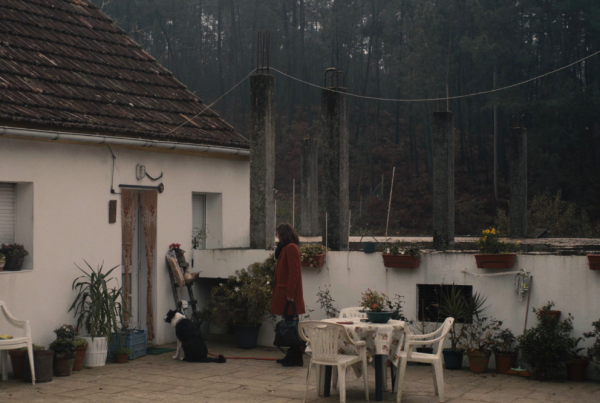 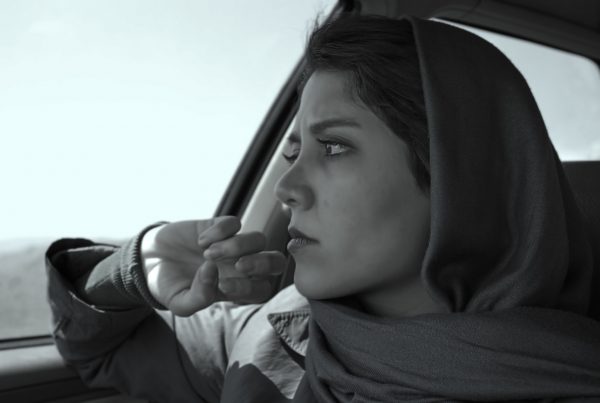 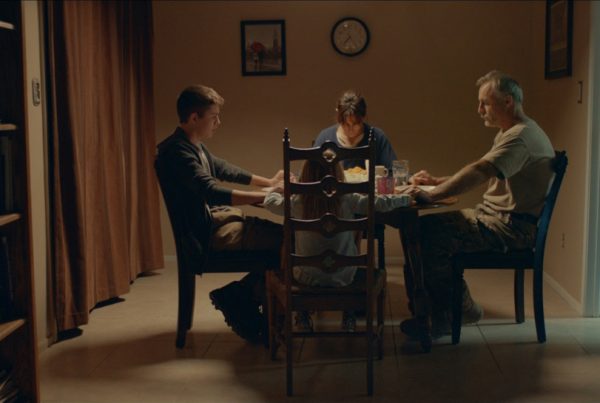 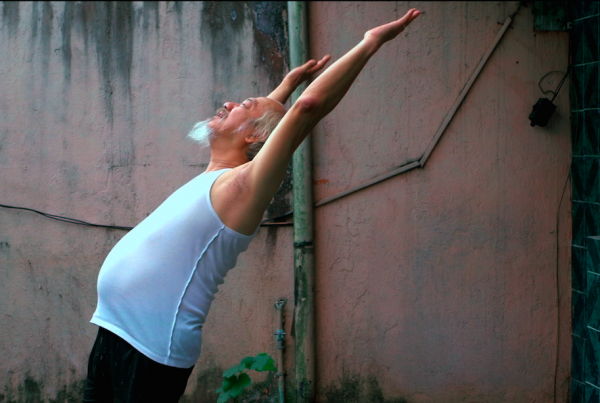 Fatima Marie Torres and the Invasion of Space Shuttle Pinas 25 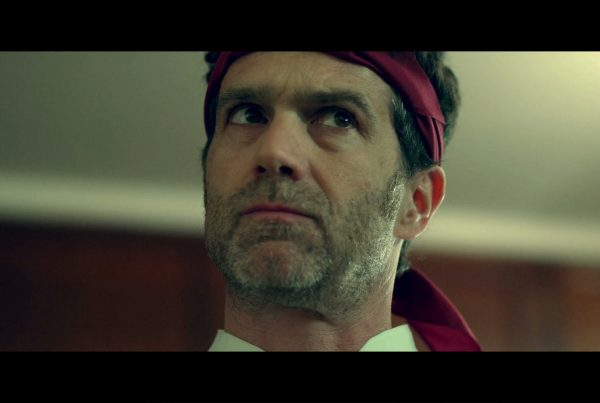 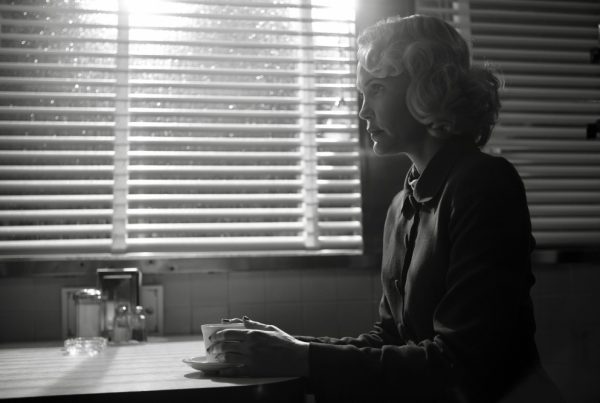 The Dark of Night 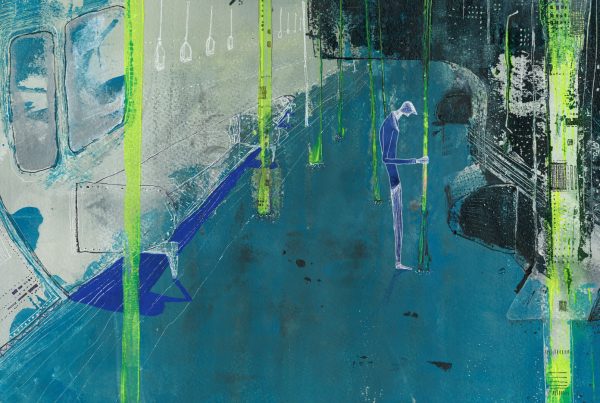 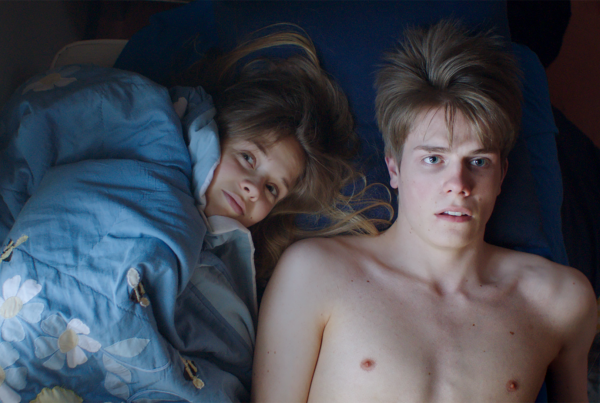 Wonderful close-ups and dark and majestic settings aesthetically dominate Néboa, a Spanish short movie by Claudia Costafreda, international première at Concorto 2017. This solemn detailed photography creates an intimate connection between the watcher and the introspective story of Telma, a woman who gets back to her family to bring back her father’s dog, recently deceased, whose presence generates in her a constant uneasiness. The naturalistic landscapes seem to reflect the emotions of the main character, crossed by a sense of nostalgia and melancholy which we can intensely find on Nieve de Medina’s face: she handles alone the whole atmosphere of the movie, a very mature first movie of this young director.

Iranian filmmakers are amongst the most prolific and influential in today’s world. A complex blend of historical, geographic, aesthetic, politic and personal factors have played a major role in shaping their cinematography. A prime example of the influence of New Iranian Cinema is Mohsen Serajian’s Stone on Stone. A 7-minute short that deals with the cruel capital punishment of lapidation for convicted adulterers in Islam. The film unfolds in a car. An adulterous woman is, unknowingly, being escorted to her own execution, by her husband’s friend, who has been ordered to carry out the deed. During this car ride, they converse with each other, attempting to understand each other’s motives, trying to walk in each other’s shoes, almost tacitly asking one another what they should do. With each passing minute, the film’s tone becomes increasingly intense, clad in raw and gritty black and white. Towards the last minutes of the film a common ground seems to have been reached, a slim ray of hope. A hope that, regrettably, is soon to be extinguished by the unforgivingly ruthless reality reflected on the car’s rear-view mirror.

Across My Land – Fiona Godivier
seen by Silvia Alberti

In competition at Cannes 2017 in the short films section and produced by Joaquin Phoenix, Across My Land faces the current problem of barriers. Fiona Godiver is outlining the portrait of a simple American family living alongside Mexico, Arizona (the so-called “Wall of Tijuana” or the Mexican “Wall of Shame”). One evening, while the mother is watching TV with her daughter, her husband and her son take their rifle for a watch on the border wall. The wall was erected to prevent and counter the phenomenon of illegal immigration. The father educates his son to the hard law of weapons: some problems can only be solved by striking the right amount of violence. However, sometimes it may happen that the same barrier repels the shots: an unexpected boomerang effect. Where, then is it fair to put the border between good and bad?

Fatima Maria Torres is a middle-aged woman, who lives with her husband in the poor suburbs of a big city in the Philippines. Every-day life seems to be always the same until the day of the launch of the first space-shuttle from the islands: on the very same day woman’s life is messed up by an infatuation for a young boy. Two realities equally disturbing upset ordinary equilibrium. The short film by Carlo Francisco Manatad, a director set in Manila, combines through vibrant colourism reality and science-fiction, urban misery and space-technology in an absurd and visionary mix.

The world of haute cuisine is known to be an extremely competitive dimension, sometimes cruel. This 15-minutes-long short film, directed by Massimiliano D’Epiro, tells the neurotic story of a chef who’s waiting for the visit of the inspector of the well-known Michelin’s guide. Stella plays interlacing personal with working drama, backing up on the fears and secrets that the characters, absorbed in a cold and sharp setting, hide. Clean and active shots and a skilful use of the soundtrack succeed in conquering the attention of the viewer, and we can do nothing but wait for the catharsis, whether positive or negative, but liberating indeed.

The Dark Of Night – Robin Wright
seen by Carlotta Magistris

A nostalgic atmosphere of a certain American noir cinema permeates the whole duration of The Dark of Night, Italian premiere at Concorto 2017, directed by Robin Wright, who after acting in movies such as Forrest Gump and directing many episodes of House of Cards – one of the driving forces in the contemporary TV series – amuses herself in this vintage seven-minutes short, with a wonderful black and white and Leslie Bibbs’s face, a classic female hero, shown in all her beauty. Matching a direct reference to an iconic aesthetic of the forties with a contemporary taste, with a Sapphic kiss and bloody killing scenes, the film flows with lightness and simplicity.

Asian people are sensitive to urban solitude as a source of inspiration and as cultural and anthropological pattern. In this animated short film, the cornerstone is the paradox that is established with the close correlation between overpopulation, ultra-modernism and isolation. With a line that winks to Schiele’s aching figurines and atmospheres, and with a thematic parallel that identifies itself with the no-place masterfully concretized by Italo Calvino in his Invisibles Cities, Railment is the infinite and aimlessly path of the human swarm, in which the individual cognitive and emotional ability is crushed by the railway’s clanking wheels. “In Raissa too, sad city, runs an invisible wire that laces a human being to another and falls apart, […] so in every second the sad city contains a happy city that doesn’t even know to exist.”

The snowy and deserted countryside of Finland is the setting fort this brilliant comedy, directed by the young J.J. Vanhanen. On the day of his sixteenth birthday a boy has to run to the drugstore with his father to fix a little “accident” happened with his girlfriend. Several mishaps and misunderstandings lead the public through the final appeasement. In this short film, produced for his graduation, Vanhanen uses classical comic situations with brilliance and sensibility. On the background, the suggestive landscape of his home country enhanced by the skilful use of long shots. 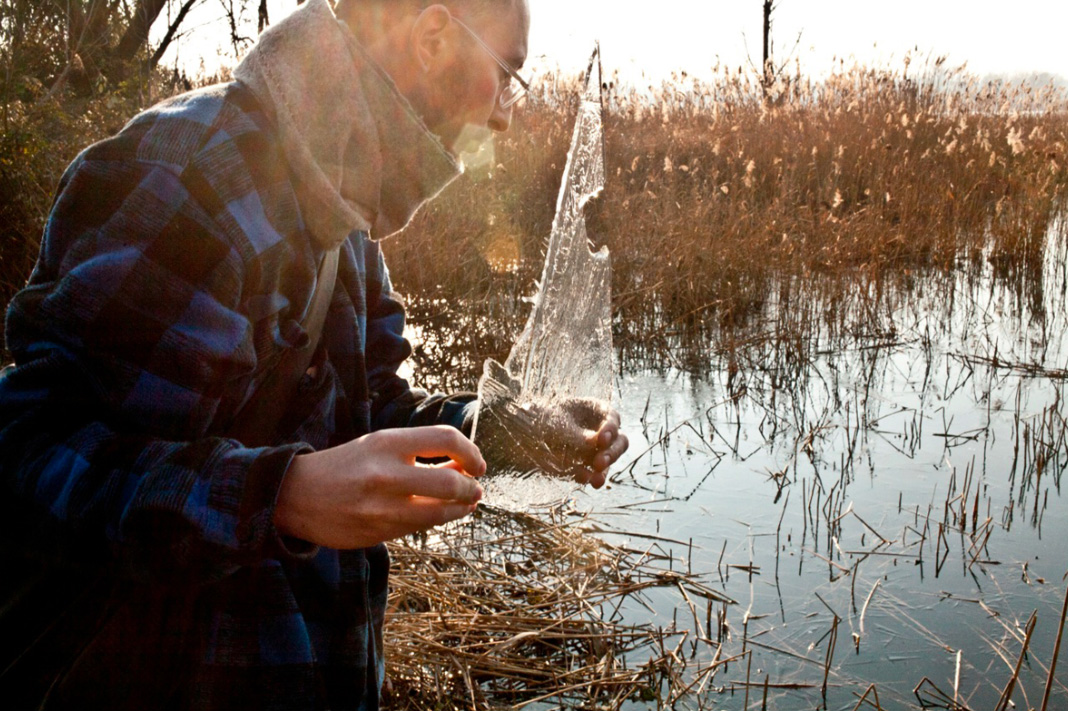 “The search for pleasure” – interview with Ottaven/Canedicoda

“The search for pleasure” – interview with Ottaven/Canedicoda