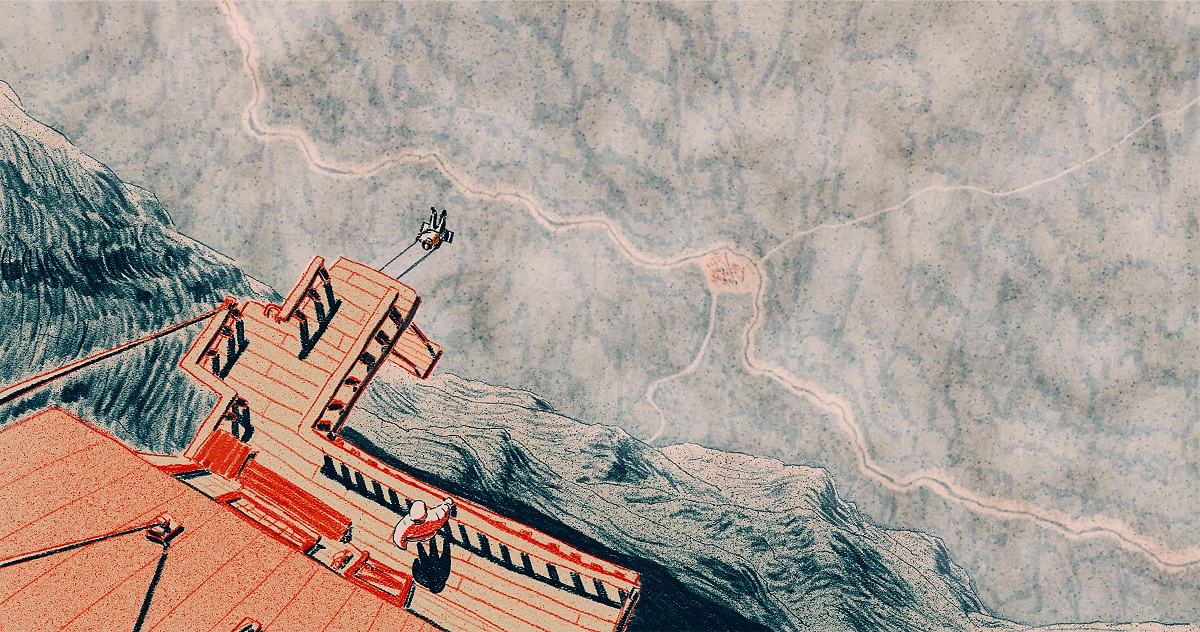 By concortoblog 20 August 2022 No Comments 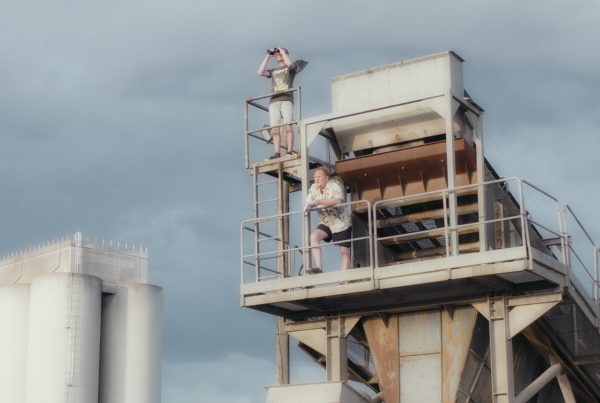 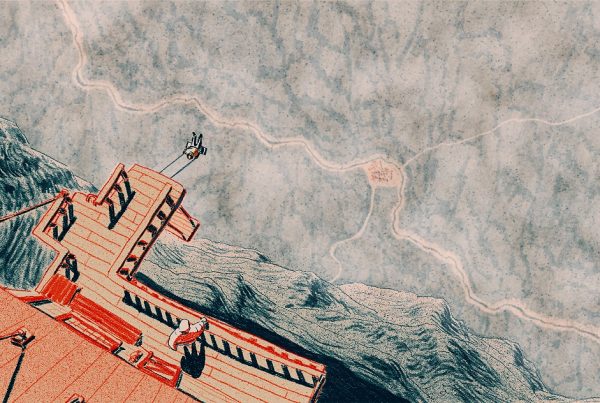 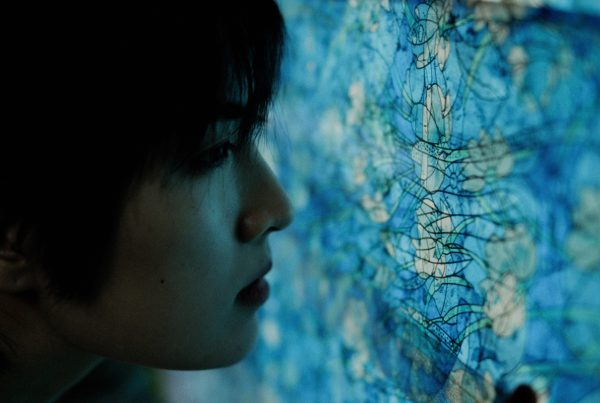 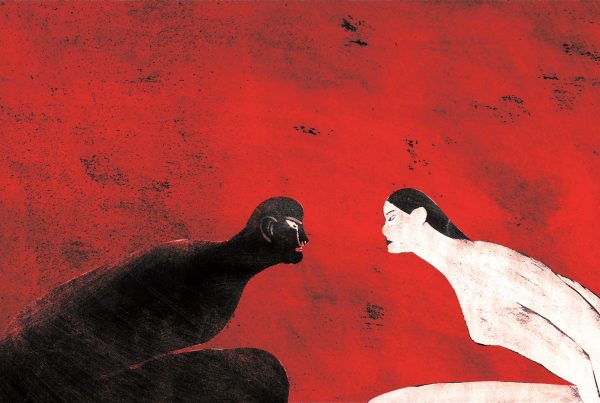 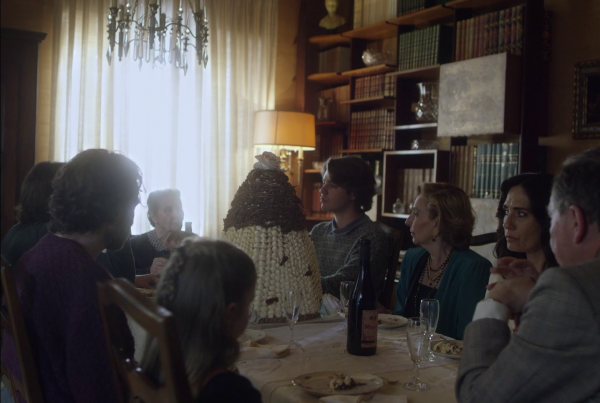 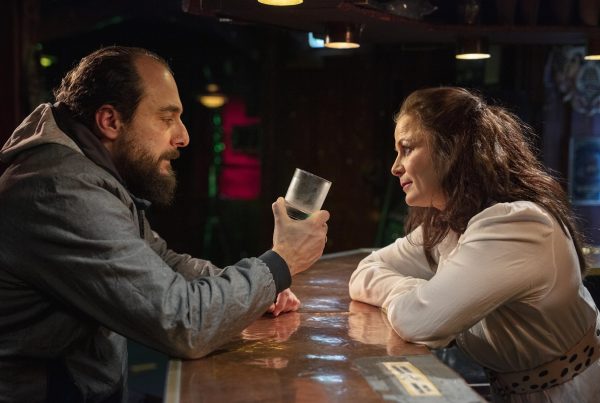 With a gloomy look and screeching music in the background, Alan says goodbye to his parents in what seems to be their last supper together. Removed from the family nest, he is catapulted in the working world, the name of which is in this case: the shipyard C.A.C.E.S. LAND. An idyllic country, according to the employer it reveals itself to be a prison with no way out, made of white lacquered kitchen and as only menu offers Andy Warhol style soups, on top of that powdered. With Gare au Fenwick, as world premiere in Concorto, Adrien L’Hommedé manages to externalise and to make palpable the alienation suffered in some working environments, that lead the workers to leave their humanity behind and become a machine, in this case: a Fenwick H25.

The short film directed by João Gonzalez is able to deal with the lightness – and not superficiality – which characterizes animation works with two big themes: the damages caused by the climate crisis and the death of a parent. Ice Merchants follows the story of a father who, after his wife’s death, raises his son alone and continues to carry on his unusual job, that of the ice merchant; the family balance will be severely affected (again) as temperatures rise. The work does not present any dialogue, letting the images fully involve the viewer. The result is tenderly bitter sweet.

The water murmurs – Story Chen
As seen by Francesca Marchesini

“The water sleeps while people are suffering” prophecies the chant on which the filmographic work realized by Story Chen opens, a short film with an apocalyptic sci-fi outline (a meteorite strikes the earth causing  the water level to rise steadily) that gently touches the theme of abandonment of places and people from the past. Nian traces the streets of her small town before leaving it with her mother to escape to the north; during this “pilgrimage” she meets Tian and Mr. Peng, reliving in this way the times when she used to swim with the former and spent her childhood under the custody of the latter . To leave or to stay? The protagonist of The water murmurs does not fight against this choice, however the audience observes how she and her world suffer the decisions made by others.

On the edge of a dark and mysterious forest, two identical women’s bodies travel in their spaces, merging and mingling. In a tribal dimension, where fear is chased away by dances and ritual gestures, the two women explore a relationship of sisterhood that will soon be challenged. Through an animation with an essential color scheme and an aesthetic that recalls an imaginary made of primitive shapes, Anna Budanova recounts a path of growth, together with the painful evolution of an apparently unbreakable relationship. Playing on similarity and on the substitution of shapes and identities, Two Sisters highlights how the arrival of the unknown and the unfamiliar brings out differences and shades, towards a more mature emergence of personality and awareness. A tale of conservation and response to the unexpected, the outside and the disturbing.

On a cold Christmas day, a father and her daughter travel together to a traditional family lunch. Trying to move between moments of tenderness and awkwardness, the two of them experiment with the incapacity to relate to an environment they know, that is yet totally unknown at the same time. The protagonists are locked in a family house that becomes the microcosm of a society that cannot communicate: Buon Natale narrates the moments of a desperate search for authenticity. A father who suffers and a child who can transform each heaviness into a moment of play, live a unique story that is at the same time relatable for everybody. This short film mixes a painful and silent realism to a fantasy with open eyes, capable of creating magic out of the most common reality.

Under a sun that burns the fields, and in a silence broken only by the wind, a little girl walks three of her dogs. At home, her bedridden father, immobilized by an invisible, too deep illness. That’s how the story of a too early growth begins, together with a forcefully deleted childhood. In an intimate and painful inquiry, Maria Eriksson-Hecht manages to recount the identity of a child, unconsciously forced to take on a role that shouldn’t belong to her, replacing an omnipresent loss, that of her mother. High Sky Low Land, which is both the narration and the analysis of the act of taking care, at the risk of losing her own innocence, manages to weigh and measure each emotion, and codifies it into gestures and situations. A journey towards overcoming an invisible barrier.

An old empty bar, a couple of owners, a dark man arrived by chance to drink some whisky. A karaoke. That’s how the unusual frame made up by the Danish Martin Strange-Hanse takes place in a surreal Nordic country. A short story, partially autobiographical, that flashes a light upon what lies behind the simplest and apparently lightest gesture, like singing a song in a karaoke without the public. With the capacity to disorient, passing from the tones of the grotesque and the absurd, to those of the most heartfelt drama, On My Mind manages to bring people to a dimension that could be everywhere and nowhere, towards the universality of a story where time passes tragically and inevitably in a single direction. A time that passes with an only objective, through the lightness of those who don’t stop to wonder what might it mean: to sing one last song.