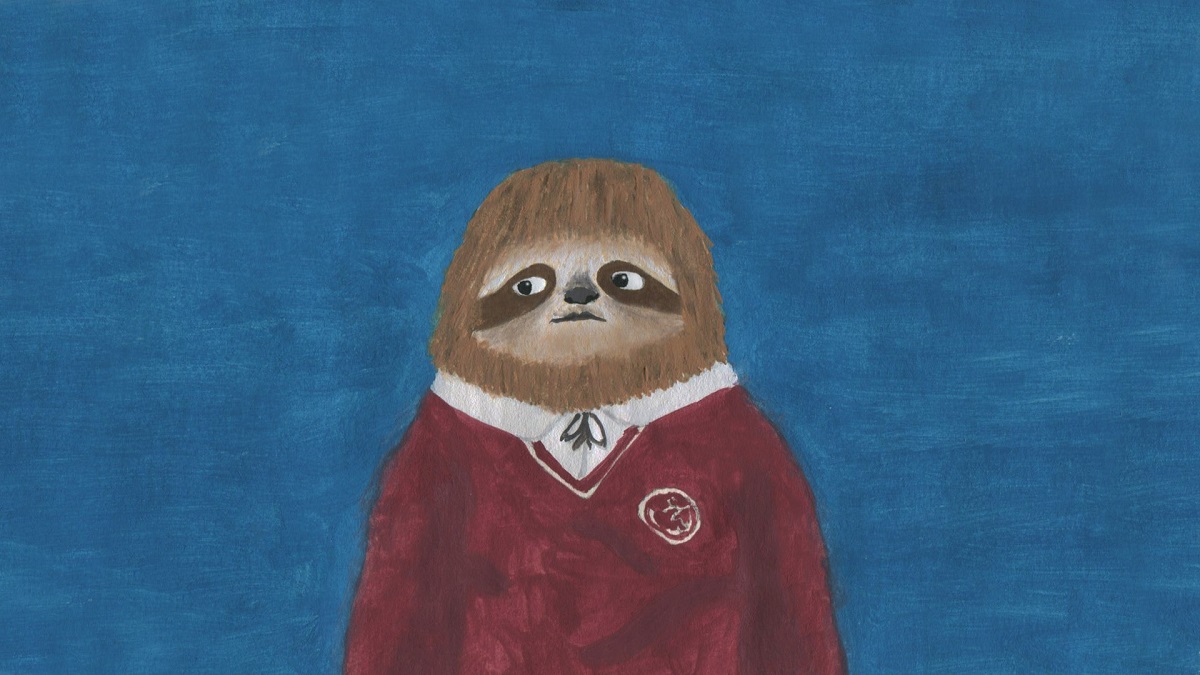 By concortoblog 21 August 2021 No Comments

We’ll be brief and we’ll go straight to the point: see you tonight in Parco Raggio with the first shorts in competition and two late night dates:

Quick reminder: jump the queue and get your ticket on EventBrite. To access the festival the EU Digital Covid Certificate is mandatory. 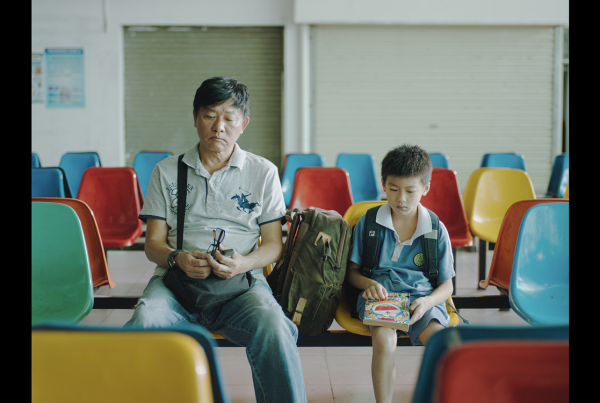 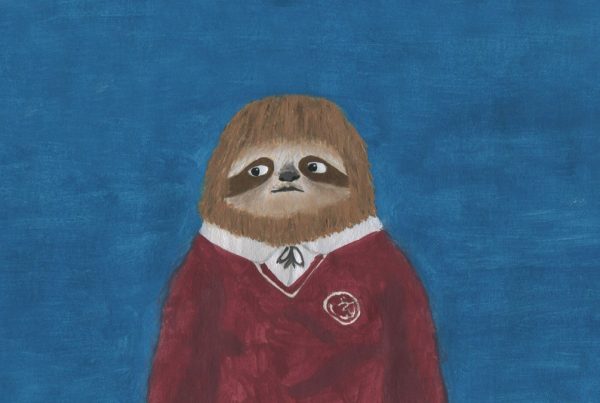 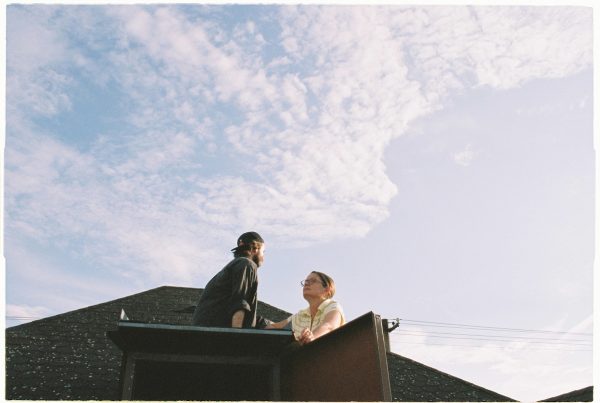 Searching for a mutual composition 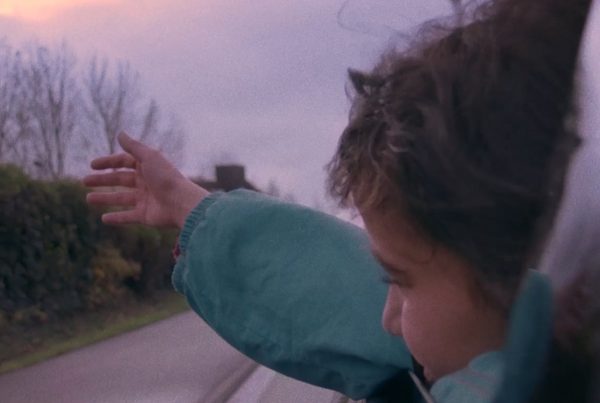 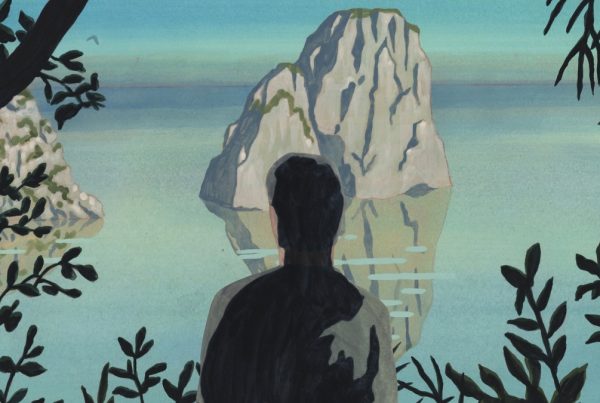 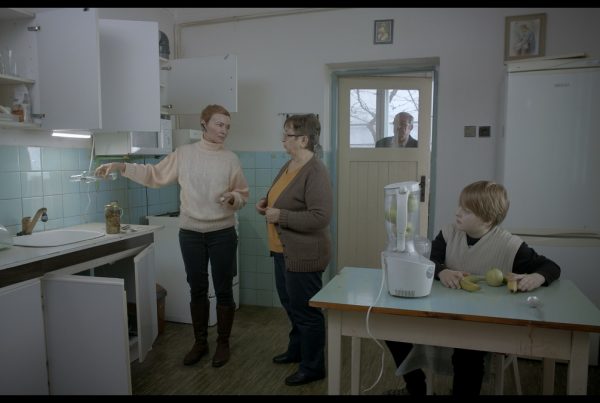 Hong Kong, 2008.
Wenhui Chen pays a short visit to his estranged father, in the midst of the summer olympics, to apply for a permanent identity card.
Their struggle to reconnect with each other is unfolded through brilliantly variegated interiors.
Father and son find themselves taciturnly coexisting in liminal spaces, restaurants, trains and the shabby one-bedroom apartment the father shares with his girlfriend;
always in constant proximity yet unable to express their need for each other.

Yeung Tung and Hao Zhao managed to catch the eye of Cannes’ Semaine de la Critique by writing and directing a film that captures the unuttered, the unexpressed and the unarticulated longing for the familial; craftily cladding this harrowing feeling in warm, vivid colours and a doreamon manga alluding the end of a fleeting childhood.

The blame is on the salt, on a misplaced object, on a minor wrong choice, on too much frustration, on repressed anger, on unspoken words. The short film of the young Colombian director María Cristina Pérez is a 2D animation, made up of paintings, thick and dense brushstrokes that portray a family of sloths. Animations portraying anthropomorphic characters are nothing new, especially not at Concorto, yet this is the first time we see the animal that is the symbol of slowness as such: the process of estrangement becomes stronger and the burden of melancholy grows bigger. Sloths always spend their lives in trees and this is one of the many secrets that has saved them from extinction: however, in Todo es culpa de la sal they come down to earth and embody the emotional, economic, and social problems of living in a human world. A delicate and intimate family tale, a first-person narrative told by the eldest daughter, a narrative that can capture an unhappy mother and a distracted and absent father: it is a very likely portrait of any ordinary family.

There comes a time when you realise that parents are no longer just those who gave birth to you, raised you, with whom you played, went on holiday, argued. When you realise that behind them there is an individual, a person, with their past and wishes – that their existence does not begin with your coming into the world. Then you begin to wonder who they really are. Peter Podolský asks himself these questions about his mother in his short film Hľadanie spoločnej kompozície (Searching for a mutual composition). And it is exactly through a balance of mutual composition, of exchange and complementarity that the work develops, an intimate dialogue between two people that takes place from sunset until nightfall, in which Peter and his mother seem to be the last human beings on earth and carve out an extremely sincere and courageous moment for themselves so to raise questions and truths that were never unveiled before. The small handheld camera rests on the mother’s features, capturing her for the first time through home footage and photographs. Mother and son are two bodies alive in the night that will never stop calling each other and loving each other.

Joe Hsieh’s award-winning animation is a nocturnal journey through the horror of humankind. On the last night bus leaving for an unknown destination, one encounters violence, abuse, bad faith and betrayal: the characters, almost like in Agatha Christie’s detective stories, travelling through the night are united by a network of relationships, not visible at first sight. The theft of a precious necklace, which symbolically mimics the “theft” of a young bride from her abusive husband, and the accidental running over of a monkey carrying her baby are the triggering events of a climax that will end with the explosion of this corrupt human community. Night Bus is striking in its ability to transform a stereotypical situation into a disturbing horror film about the human capacity to upset the balance of nature and impose itself through physical and symbolic violence.

“Bambirak’ is the Farsi word for ‘dragonfly’. It is a dragonfly which catches the eye of Kati, a German girl of Persian descent, and which will lead her to a bitter conclusion: because of her appearance, people will find it much easier to blame her for anything that goes wrong and to take her guilt for granted.
Zamarin Wahdat’s “Bambirak” also tells the story of Kati’s father, who, as a foreigner and single father, is plagued by doubts about the right way to raise his daughter: does he want her to see the often unpleasant and unfair reality of what living as an immigrant in another country entails, or does he want to protect her from this realization and reassure her that the two of them can be as happy as anyone else, regardless of the limitations they may run into?
Kati doesn’t seem to agree with her father’s mentality: she is an intelligent and pragmatic girl and is not ashamed to raise her voice to assert herself. And yet, even though her father seems too preoccupied with the fight for survival to engage with the one for respect and justice, Kati still looks up to him with deep admiration and trust. Similarly, no matter how tired, her father never stops showing her that she is loved.

What happens when you find yourself mourning a loss you didn’t even know you had suffered? Do you walk away, maybe shed a few tears you can’t really justify, or do you stop and stare at the congealed remains of a past that might have been but never really happened, not for you?

After his father’s disappearence, 12-years-old Dino imagines he must have left their family in Naples to travel to America and start his life anew. Forty years later, the story that young boy told himself is distrupted by a mouldy corpse resurfacing from the depth of the Tyrrhenian Sea. During their journey in Naples, while waiting the corpse to be identified, Dino and his daughter Victoria sink, sway and ebb as if transported by waves, losing themselves in the past- both that recounted by Dino’s sun-drenched childhood memories and the one evoked by the city, its urban decay and its ancient ruins inhabited by the petrified victims of Pompeii’s disaster.

“Noir-Soleil” by Marie Larrivé attempts to unravel the mysterious, intertwining threads of consanguinity, death, uncommunicability and affection. What Larrivé portays with meticulous and painful realism are the corporeality and gestures of distance free of judgement, love devoid of tenderness and watchful curiosity, which define the frayed borders of a fragile, inconstant parental bond. Before the vulcanic revolutions of life, the ghosts of blood ties and grief burn to ashes, as the barest, rawest and most vulnerable side of humanity is revealed.

Greetings from Nigeria – Peter Hoferica
As seen by Vanessa Mangiavacca

The very first scene of the short film Pozdrav z Nigérie (Greeting from Nigeria) looks like a frame of a theatrical play, a composition of bizarre characters carefully dislocated, always on stage, recurring in the same well studied and intentionally mixed shots: two grandparents, a vase, a religious relic, a bored grandson, a question. A story that is set in our days but which recalls, with its architecture and colors, past socialist Slovenia: the main character is in fact an old grandfather trying to adapt to modernity, especially to technology and the world of the internet. Slovenian director Peter Hoferica creates a comedy tinged with ironic gray tones on the scams of which elderly are often victims and on their inability to defend themselves from greedy individuals that are always ready to deceive them. All that is left is a single belief: Money. And it chases you even after death.