By concortoblog 30 April 2021 No Comments

Andrei Georgescu remembers that precise summer epiphany very well: we interviewed him on the occasion of Shortcut #8!  Georgescu was our guest in 2017 with the short film Candy Crush (2015) within the geographical focus Romania, dedicated to Romanian cinema (review here).

Enjoy this eclectic selection! Flat Eric is waiting for you. 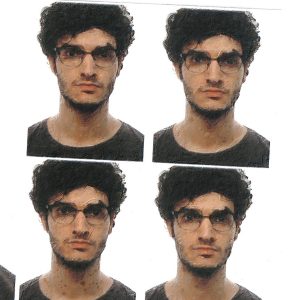 Directed his first documentary at the age of 17, Pot ș-așa ceva (2006) being the first Romanian skateboarding film ever.

Dialoguri terapeutice was his graduation film back in 2012. Shot on black and white 16mm, this short film is a “Romanian New Wave” satirisation as it suggests that most characters from this cinematic wave would need a visit to a shrink. Dialoguri terapeutice won best script award at 23rd DaKino International Film Festival and several student film festival awards.

17 Aprilie premiers in June at 22nd Aubagne International Film Festival, being nominated for best original score and best short film. It’s his most personal film, taking in consideration his background in extreme sports.

17 Aprilie (2021). This short is my most personal film since Pot s-asa ceva in 2006 when i first started making short films. Despite being heavily influenced by the Romanian New Wave in my graduation film (Dialoguri terapeutice, 2012) and afterwards choosing to direct a 13-minute “one shot” film,  this new short distances itself from that kind of cinema.
It’s more of a genre film that I would like to extend into a mini-series surrounding anecdotes from urban subcultures like skateboarding, rollerblading and graffiti. Premieres in June at Aubagne International Film Festival and hopefully will also be part of Concorto.

Dedicated to all victims of intolerance. This documentary, produced by The Film Board of Canada, shows you the dawn of skateboarding in the 1960’s Montreal. It gives me hope every time I watch it.

Very fond of it because I’ve known many types of pain and injuries until now and this short talks about the process of recovering and coming back in the game stronger than before. A poem made of great music, great editing, and the beauty of shooting  a skateboarder on 35mm film on the streets of Los Angeles and Rome.

“Why it feels more real when I dream than when I am awake? Because there is some fiction in your truth and some truth in your fiction”. Similar story as the beginning of “The Matrix” but adapted for teenagehood, I’ve seen it when I was 15 and it stuck with me over the years mainly because “I choose to believe”. It has a comic book feel and the characters look pretty trippy. Nice sound design and score as well.

Monkey’s Teeth by Rene Laloux (1960). The storyline was created by patients in a French mental health clinic. A dentist  steals the teeth of poorer patients for his rich clientèle until a monkey magician elicits revenge.

Historical documentary that takes you on a trip to the Bibliotheque Nationale du Paris. A must see for every film enthusiast,some incredible tracking shots which create the feeling that you are in a magical or surreal place. It precedes the Twilight Zone atmosphere and can be seen as an exercise for what Resnais has achieved with “Last year at Marienbad”.

A warm-up for his debut feature film In Bruges. Brendan Gleeson’s character is pretty much the same in both films and I reckon that this short could be considered a prequel for “In Bruges”. I would also include in this category Dekalog 5 by Krzysztof Kieslowski, even though it is 57 minutes long (and not really a short film) because it really shook me at the time and has haunted me many years after.

Flat Eric is auditioning people to play him. Some dance, some don’t. Enjoy!

8 – What’s your fondest memory of Concorto?

Staying up late in the evening and having  a nice time with all of you in Parco Raggio after watching good films on the big screen. And of course that wine from Tenuta Pernice and Sven’s Dj set at the closing party in 2017.