By concortoblog 22 August 2017 No Comments

After surviving a wild night of frenzied dancing, today, the show goes on with a rich program of projections and music, curated with our characteristic touch of class.
At 15:00 at Palazzo Ghizzoni Nasalli, we will start with Summer Connection, a two-day event dedicated to debates and projections contemplating the future of short film. Later on, at 18:00, we will continue the projections at Palazzo Ghizzoni Nasalli with the second part of Focus Argentina, curated by Sara Rinaldi, (you can find all the reviews here) Following this, the evening projections at the park will start, as per usual, at 21:00, beginning with Initiation — a film of the BORDERS selection— a primordial story that takes place in the deepest heart of Africa
(you can find the review here). The official competition will open with Dadyaa of Bibhusan Basnet and Pooja Gurung, a look into a Nepal that is fading away; and continue with Ely Chevillot’s Ce qui échappe – who is also our special guest of the evening! – a disturbing and seductive french film. Then, the trepidation continues with a Britain devoted to saints, as described in Vincent Le Port’s experimental documentary, Les Légendaires; while in Calamity, director Maxime Feyers presents us a claustrophobic yet entertaining film that criticizes the prude preconceptions of society towards sexuality and the LGBTQ community. We are, furthermore, very glad to have the two main protagonists, François Maquet and Ingrid Heiderscheidt, as guests who will join us on stage for a live interview.
The projections of the official competition will conclude with Carlo Sironi’s Valparaiso, a touching story of an unwanted maternity; and Giraffes, a hilarious Dutch comedy based on the innumerable shades of sexuality… on the phone.
Last but not least, an intense nocturnal double projection aw its you at the greenhouse: at 11.30 pm, two films of the Focus on Romania (Farul and A Night in Tokoriki, reviews here), and at 00:15 pm fear will fill the night air with the second part of DEEP NIGHT selection (here the reviews of the films). Meanwhile, in greenhouse, you can find the live set of Ottaven, who we interviewed here.
And now, the reviews of the films in competition! 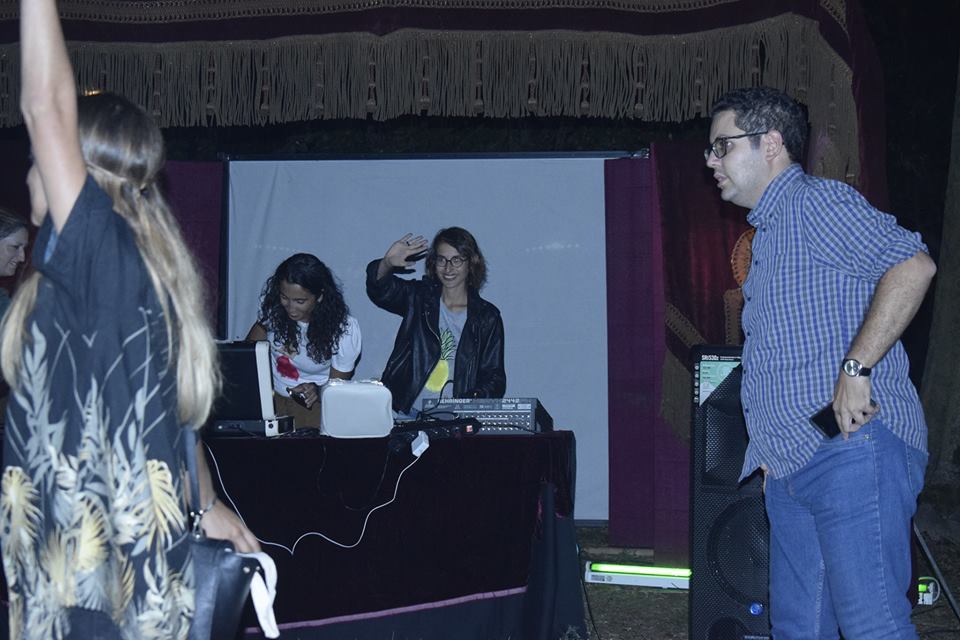 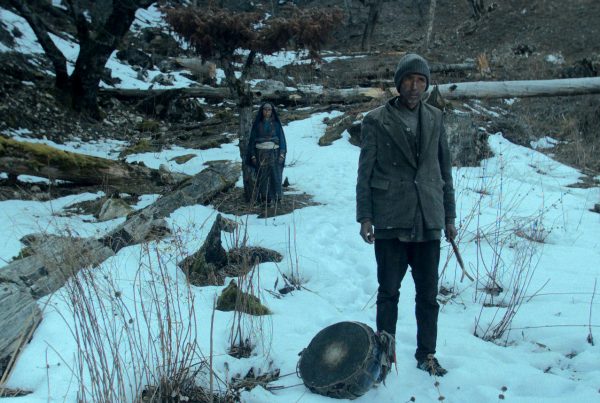 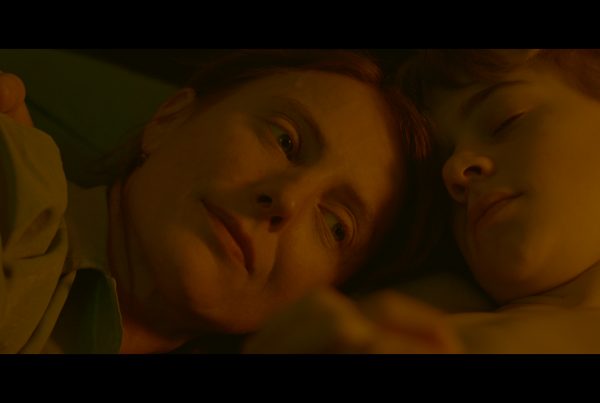 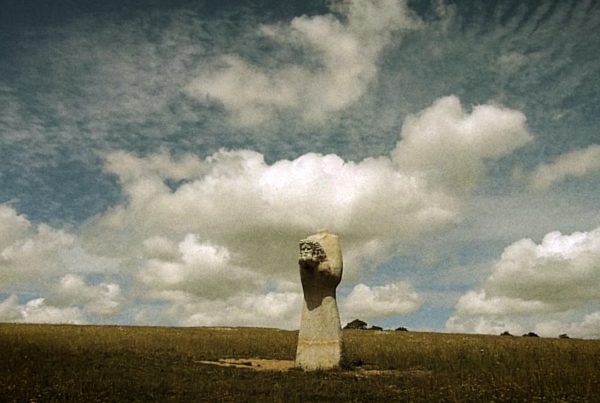 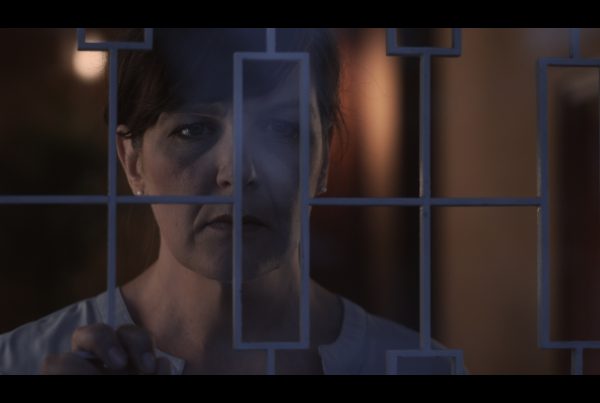 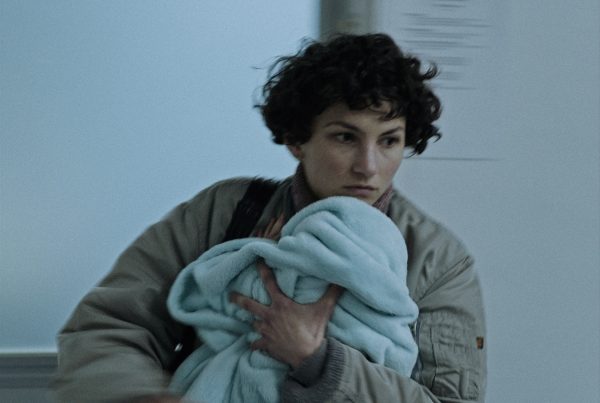 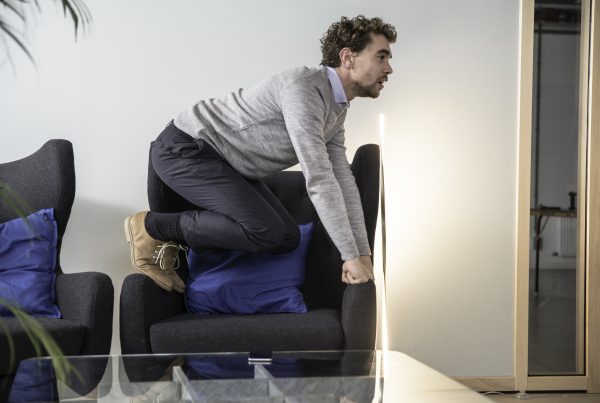 Bibhusan Basnet and Pooja Gurung present their second short film, screened also in the Prague Short Film Festival. These two Nepalese directors tell a story based on their country’s reality and tradition. An elderly couple is the last witness of a small village almost uninhabited. When everyone decides to leave, even without notice, what is the best thing to do? Remain in the name of memories, build memorials for those who have gone, or adapt to change and leave? These are the dilemmas of a world far away, where past generations live anchored to customs that are difficult to preserve. But it refers to topics not too far from the Western world: and we wonder, is there still space for rites?

Catherine’s life gets upset when she finds out that Clement, her twelve-year-old son, has forced a girl to kiss him in the swimming pool locker room. Presented as Italian première at Concorto, the short film dissects the grim and visceral relation between mother and son and it alludes at the emerging emotive ad sexual aggressiveness of the boy. The young Belgian director Ely Chevillot uses dramatic and intense close-ups to approach the intertwining of familiar bonds; the focus is on the struggle to establish an authentic and balanced communication. One of the perks of this work lies in director’s ability to describe the tragic nature of this impossible exchange through allusions and cross-references, in an unsettling crescendo which drives the public to the final violent explosion. The intimate photography helps creating a disturbing and claustrophobic atmosphere: house’s confined spaces, the bedroom, the car are the sets where the drama of this emotive dependence is consumed.

This 16-minutes-long short film, directed by the young French director Vincent le Port, should be seen as a research work, which ranges between genres without fitting into no one. We see a construction yard, located in a forgotten (and not geographically reported) valley in Britain, in which some people are setting up a religious sculptural group. Photography alternates between long shots of the valley, rhythmical frames of the work in progress and it focuses mostly on the facial expressions and on the body language of the characters. The mordant of the movie is strongly accentuated by the deliberate absence of dialog. Les légendaires has a documentary structure, but it features also purely experimental aesthetics, useful to add a lyric accent, almost spiritual, to the concrete work.

France and her husband Lucien come back home from their vacation earlier than expected, only to catch their son, Romain, red-handed, snuggling on the couch with his girlfriend. Romain, visibly alarmed by his parent’s impromptu arrival, attempts to flee, as soon as possible, but his mother insists on them staying over for dinner and won’t take no for an answer. Little does France know that this fateful meeting will make her spiral out of control. Maxime Feyers and Séverine de Streyker join forces to present us this joyously uncomfortable and delightfully claustrophobic film that castigates the prudish preconceptions of society on sexuality and the LGBTQ society. The film boasts stellar performances by Ingrid Heiderscheidt (Winner of Best Actress Award at Brussels Short Film Festival) and François Maquet’s beguiling interpretation of Cléo, the apple of discord, whose mesmerising allure dumbfounds, yet, at the same time, enchants Romain’s family. The cinematography alternates from prissy dinner scenes to voyeuristic boudoir dream sequences that stylistically echo Xavier Dolan’s themes, combined with an exquisite original soundtrack by Manuel Roland.

Winner of the Pardino d’oro for the best international short movie at Locarno film festival 2016, Valparaiso is the fourth movie by Carlo Sironi, a young experienced director from Rome born in 1983. The movie is the hard story of an unwanted maternity, repudiated and then of the maternal instinct that takes over, played with an amazing interpretation and expression by Manuela Martelli. The figure that emerges is of a woman with a deep inner pain, an irregular immigrate left free by law at the fourth month of pregnancy, who gains an illusory freedom highlighting an inner prison. Sironi represents this figure with a penetrating efficacy and a raw script which leaves room to a more essential empathy.

Elsa, a water-and-soap girl, is set for an interview, which from the beginning seems rather unusual. In fact, who could ever ask for experienced staff in reproducing animal noises? It will be Elsa, once taken, who will solve a vital problem for the company. The photography recalls the recent successful series “Black Mirror”. The pastel tones and bon ton atmosphere contrast with the content. This time, however, we set aside the dystopia, but instead turn to a surely more exhilarating effect. It takes only six minutes to find out!